Trending
You are at:Home»News»The Best Films of 2012 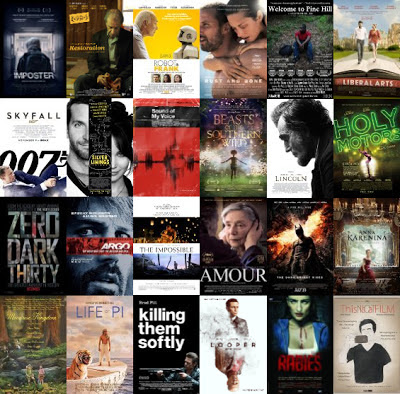 Instead of going with the usual speech about the subjective nature of film criticism and how one might see this as a weak year, another as a strong year– I’ll just say that it was a great year. Perhaps me getting into the swing of life as a critic helped me feel this way. Perhaps we just lucked out with a lot of great films being released in 2012. I can’t say, really, but I’m thankful to have seen so many good motion pictures.
I’m particularly grateful that so many of them featured at festivals in Georgia. “Rabies” and “Restoration” were screened at the Atlanta Jewish Film Festival. “Welcome to Pine Hill” showed at the Atlanta Film Festival. “Amour,” “Rust and Bone” and “Silver Linings Playbook” all featured in Savannah. If you aren’t checking out your local film festivals, you are missing out! Sure, you caught plenty of these at your local cinema at some point. But an energy is present at festivals that you can’t find elsewhere. You never know when a film is going to come out of nowhere and slap you in the face.
Honorable Mentions
“The Dark Knight Rises,” “Looper,” “Life of Pi,”
“Intimate Grammar,” “This Is Not a Film”
20 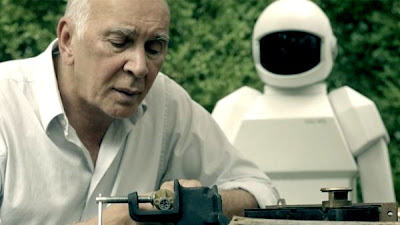 “Robot & Frank”
directed by Jake Schreier
This is one of several hits out of last year’s Sundance Film Festival that struck a cord with me. “Robot & Frank” works on numerous levels– as a family drama, as a satirical look at the near future, as an actor’s showcase for Frank Langella and most of all as a heartfelt study on the burden of aging. This movie is much more affecting than you’ll expect it to be. (Review)
19 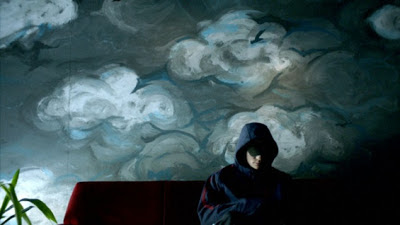 “The Imposter”
directed by Bart Layton
Perhaps the first documentary I’ve ever included on a year-end list (I’m only just now starting to watch a lot of docs), Bart Layton’s “The Imposter” certainly plays differently than any other non-fiction films I saw in 2012. Dramatic reenactment footage is intertwined seamlessly with real interviews, making for an exceptionally suspenseful exposé.
18 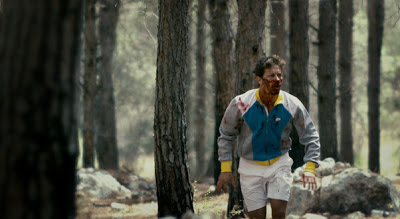 “Rabies”
directed by Aharon Keshales & Navot Papushado
“Rabies” is probably the only film to ever be a roaring success at both Jewish and horror film festivals across the globe. First time filmmakers Aharon Keshales and Navot Papushado offer up a very singular vision that, like “The Cabin in the Woods,” toys with the established culture of the horror genre. A fantastic cast and creative camerawork help push “Rabies” into a league all its own. (Review)
Atlanta Jewish Film Festival
17 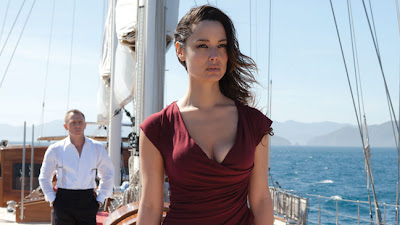 “Skyfall”
directed by Sam Mendes
I’m already a huge fan of the franchise, but “Skyfall” injects the 50-year old series with a huge shot of class. Not my favorite Bond film, but I won’t deny that it is the best made.
15 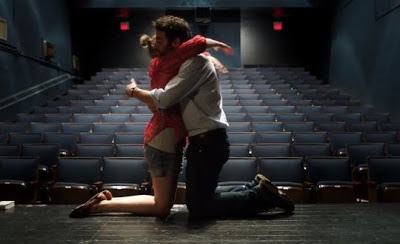 “Liberal Arts”
directed by Josh Radnor
It’s not just that Josh Radnor is a twelve-year-older version of myself, and that I completely identify with every character he has ever played or that both of the features he has written and directed speak directly to my soul. “Liberal Arts” is simply great. Sure, it’s also sweet, but Radnor hits all the right notes with the screenplay, the casting, the music and a very sincere story.
14 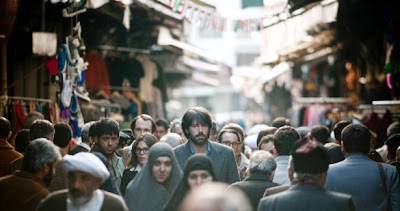 “Argo”
directed by Ben Affleck
Ben Affleck was back in double duty with “Argo.” A big awards contender, the film is one of the most solid achievements of the season without feeling as ambitious as most of its competitors. Nonetheless, Affleck gets great performances from a huge cast and himself gives one of his best turns in front of the camera.
13 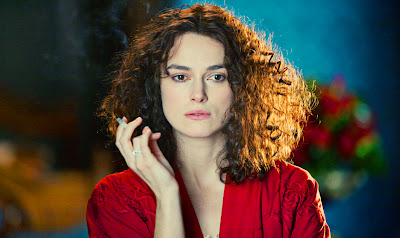 “Anna Karenina”
directed by Joe Wright
I like Joe Wright’s style. A lot, actually. The Dunkirk beach sequence in “Atonement” pops into my mind when I think of the best scenes in the last decade. “Anna Karenina” showcases the same lush textures and smooth movements we are used to seeing from Wright, but turns it all upside down with a hybrid setting somewhere between an old theatre stage and the streets of Imperial St. Petersburg. Keira Knightley leads a stellar cast of British thespians in this lithe, eye-catching adaptation of Leo Tolstoy’s classic novel.
12 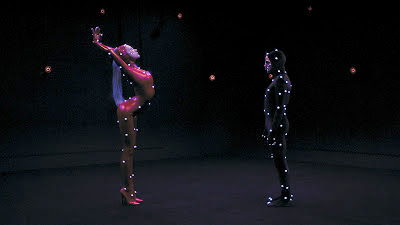 “Holy Motors”
directed by Leos Carax
One of the films I waited months to see after its rave reception in Cannes, Leos Carax’ “Holy Motors” is so strange. But, I mean… of course it is. Denis Lavant joins Matthias Schoenaerts and Jean-Louis Trintignant in giving exceptional lead performances in French films that went far too unrewarded. “Holy Motors” goes all over the place with little to no explanation, but there is a lot of style, a lot of smiles and a veiled ode to the aging technologies that have served us well for so long.
11 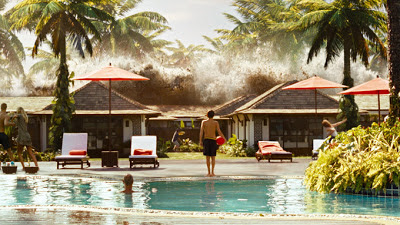 “The Impossible”
directed by Juan Antonio Bayona
Easily the most heart-wrenching film of the year is Juan Antonio Bayona’s “The Impossible.” Based on a real family’s Indian Ocean tsunami survival story, Naomi Watts, Ewan McGregor and Tom Holland made me cry a few different times. Put emotion aside, though, and you still have one of 2012’s most visually stunning productions. (Review)
10 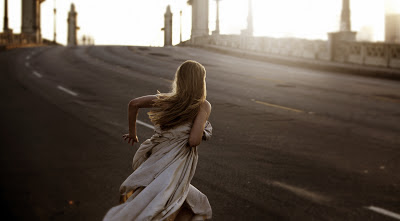 “Sound of My Voice”
directed by Zal Batmanglij
Brit Marling’s enigmatic presence and incredible talent as both an actress and a screenwriter will keep my attention for as long as she keeps working. “Sound of My Voice” is another film that came out of the 2012 Sundance lineup and went on to receive a quiet release in the spring. Director Zal Batmanglij gives us an unnerving look inside a Los Angeles cult built around Marling in a most captivating performance.
9 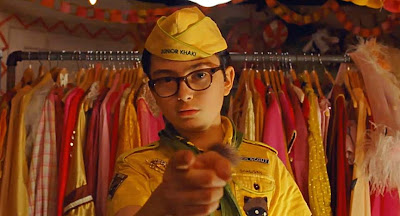 “Moonrise Kingdom”
directed by Wes Anderson
Easily Wes Anderson’s warmest, most human story; “Moonrise Kingdom” retains all of his signature quirks and whimsies but abounds with a newfound sympathy. As usual, the cast is big and wonderful and the screenplay doesn’t miss a beat. A island off the coast of New England in the mid 1960s makes for a perfectly Andersonian setting.
8 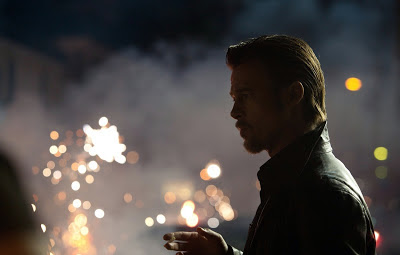 “Killing Them Softly”
directed by Andrew Dominik
My pick for the most misunderstood film of 2012 is Andrew Dominik’s “Killing Them Softly.” His followup to “The Assassination of Jesse James by the Coward Robert Ford” is another partnership with Brad Pitt, this one taking place on the ostensibly abandoned streets of New Orleans. A near overdose of 2008 news footage of the economic downturn and Presidential election might be off-putting to some, but provides an almost comedic context for this sinister but elegantly lensed gangster film. Greig Fraser’s cinematography gets my vote as the year’s best. (Review)
7 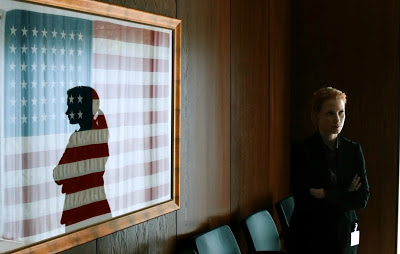 “Zero Dark Thirty”
directed by Kathryn Bigelow
Kathryn Bigelow’s carefully orchestrated and densely populated look at the decade long search for Bin Laden feels as heavy and important as it should. Jessica Chastain plays it tough and shows us more of an edge than we’ve seen from her yet. (Review)
6 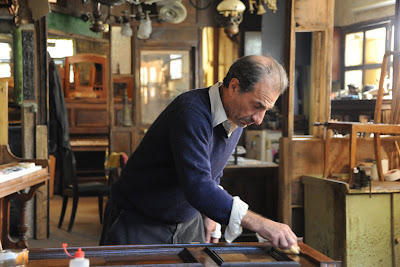 “Restoration”
directed by Yossi Madmoni
An Israeli arthouse hit from 2011 that made its way to the 2012 Atlanta Jewish Film Festival, Yossi Madmoni’s “Restoration” is a beautiful, subdued look at a man’s fight to save his Tel-Aviv antique restoration business. For my money, Sasson Gabai gives the year’s best male performance and Avi Belleli has produced one of the year’s best soundtracks. (Review)
Atlanta Jewish Film Festival
5 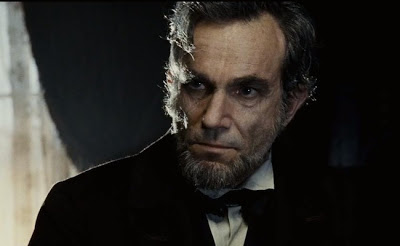 “Lincoln”
directed by Steven Spielberg
Steven Spielberg’s long-gestated “Lincoln” biopic isn’t much of a biopic at all. This is a rich, layered look at a very specific time in our most famous leader’s personal life and Presidency. Tony Kushner’s screenplay must be a thousand pages long, but it’s all very good. Spielberg’s direction is as tight as ever. Daniel Day-Lewis, Tommy Lee Jones, Sally Field, James Spader and David Strathairn lead a landmark cast in this timeless, academic accomplishment.
4 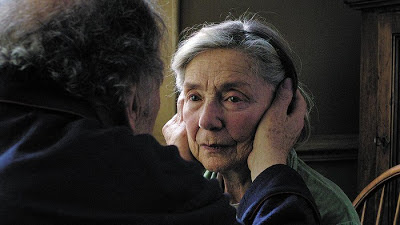 “Amour”
directed by Michael Haneke
Michael Haneke’s devastating “Amour” will fail to appeal to those seeking a tender, romantic love story such as the name suggests. Instead, this is a bleak, whispered view of a love in its twilight years. Emmanuelle Riva and Jean-Louis Trintignant give powerful performances in Haneke’s most awarded film to date. (Review)
Savannah Film Festival
3 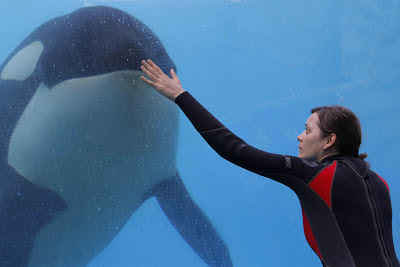 “Rust and Bone”
directed by Jacques Audiard
Another rather austere French film featuring devastating performances and difficult physical maladies is Jacques Audiard’s “Rust and Bone.” Anchored by Matthias Schoenaerts and Marion Cotillard in very honest and intense performances, this film is not for the faint of heart. The French Riviera is the least glamorous it has ever looked, but Audiard and DP Stéphane Fontaine find beauty in every frame. Cotillard is a force of nature; Schoenaerts not far behind. (Review)
Savannah Film Festival
2 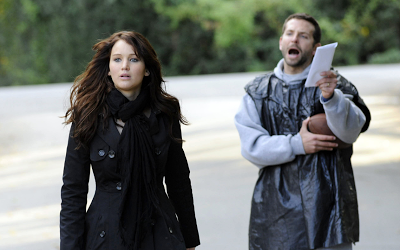 “Silver Linings Playbook”
directed by David O. Russell
I won’t admit to how many times I have already seen “Silver Linings Playbook,” because it is embarrassing. (Seven… I know.) I have never seen a film this many times so soon after its release, and certainly never that many times at the cinema. But “Silver Linings Playbook” does something to me. It’s not just that I identify with the main character, it’s also that each other character matches up with loved ones of my own. People want to diminish its impact since it’s a comedy and it doesn’t contain the weighty visuals or exotic settings of other big contenders. But David O. Russell has created a film with more character and more compassion than anything I’ve seen in years. It certainly doesn’t hurt that the cast buries deeply into these characters and the editing is sharp as a knife. This is my #2 film of 2012, but it is most certainly my favorite. (Review)
Savannah Film Festival
1 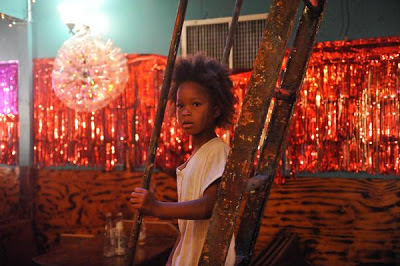 “Beasts of the Southern Wild”
directed by Benh Zeitlin
The moment I saw the title “Beasts of the Southern Wild” on some press release or preview article leading up to 2012’s Sundance Film Festival, I was hooked. What a title! And then, I see this picture of a little, wild-haired girl sitting in truck-bed boat, floating in the marshes with her dad. I nearly teared up the first ten times I watched the trailer. Jaw-dropped, my love only truly blossomed upon finally seeing it on the big screen in July. I know not everyone is a fan, but I feel that Benh Zeitlin created an iconic film. Rich imagery, both true-life and imagined, fill this picture to the brim. Quvenzhané Wallis brings a spark that not just any child could have allowed Hushpuppy. Dwight Henry is an unsung hero, doing just as much heavy lifting as Wallis. Dan Romer and Zeitlin created one of the most distinctive scores I can recall; my heart still exploding every time those horns begin. I could go on and on, but if you haven’t seen it– watch and decide for yourself.  (Review)
There you have it. To recap, here are my top films of 2012.
1. “Beasts of the Southern Wild”
2. “Silver Linings Playbook”
3. “Rust and Bone”
4. “Amour”
5. “Lincoln”
6. “Restoration”
7. “Zero Dark Thirty”
8. “Killing Them Softly”
9. “Moonrise Kingdom”
10. “Sound of My Voice”
11. “The Impossible”
12. “Holy Motors”
13. “Anna Karenina”
14. “Argo”
15. “Liberal Arts”
16. “Skyfall”
17. “Welcome to Pine Hill”
18. “Rabies”
19. “The Imposter”
20. “Robot & Frank”
Share. Twitter Facebook Google+ Pinterest LinkedIn Tumblr Email