Trending
You are at:Home»News»What to see at the 2013 Atlanta Jewish Film Festival 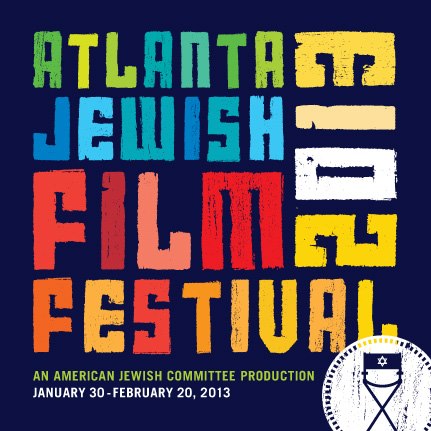 Just over three weeks to go until the 2013 Atlanta Jewish Film Festival kicks off. Last year, 30,000 tickets were sold, matching the San Francisco Jewish Film Festival as the largest Jewish film festival in the United States and most certainly one of the largest in the world. With the exponential rate of the growth the fest has seen since its humble beginnings in 2000, I wouldn’t be surprised if this year’s AJFF sells thousands more tickets than last year’s. In fact, three dozen screenings have already sold out.
This year’s opening night gala takes place at the Cobb Energy Centre. All regular venues from last year are returning, so you’ll be able to catch films at Regal Cinemas Atlantic Station, United Artists Tara Cinemas in Buckhead, Lefont Sandy Springs, Georgia Theatre Company at Merchant’s Walk in Marietta and United Artists North Point Market in Alpharetta. You can see the schedule and purchase tickets at www.ajff.org.
I’ve highlighted 25 films from this year’s festival, including the films from opening night, Gen-Y night and closing night as well as two anniversary screenings. Check out the list after the jump. 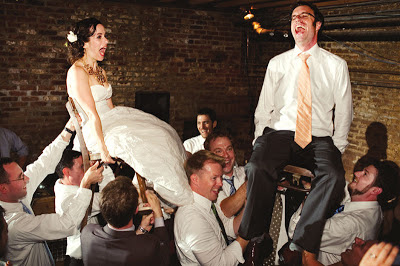 Come learn how this simple Israeli folk song became so well known the world over in this lively documentary that serves as the 2013 Atlanta Jewish Film Festival opening night presentation. (USA, doc.)

A geeky accountant seeks help from a quirky exotic dancer to get his girlfriend back. This year’s Gen-Y Night film was a hit at both the Calgary and Toronto International Film Festivals. (Canada) 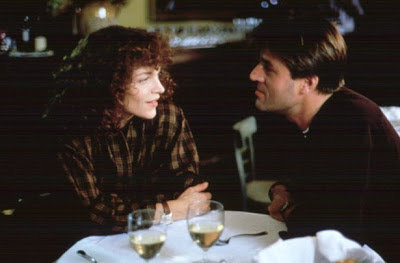 This 1988 romantic comedy starring Amy Irving and Peter Riegert as Jewish New Yorkers will have a 25th anniversary screening. (USA) 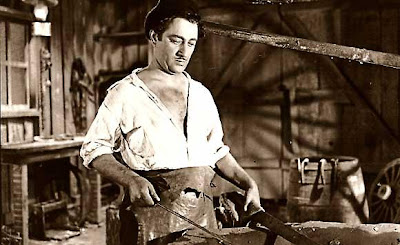 The 1938 musical film adaptation of a Yiddish stage play from 1906, “The Singing Blacksmith” will receive a 75th anniversary screening in its newly restored form. 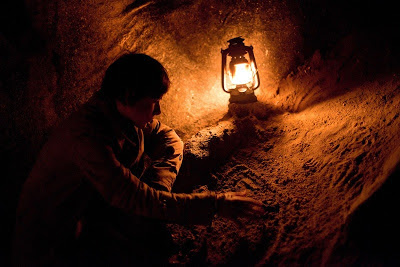 Closing Night: No Place on Earth

Having premiered at Toronto, “No Place on Earth” chronicles the survival of Ukrainian Jews who hid in caves to escape the Nazis and lived there for nearly a year-and-a-half. (Germany/UK/USA, doc.) 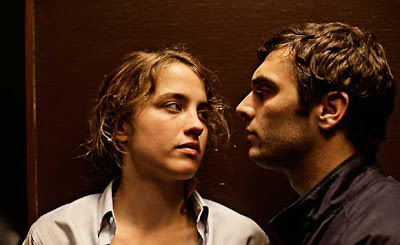 Aliyah
Having premiered at Cannes, “Aliyah” follows a Jewish drug dealer in Paris as he tries to escape his current situation and build a better life in Israel. (France) 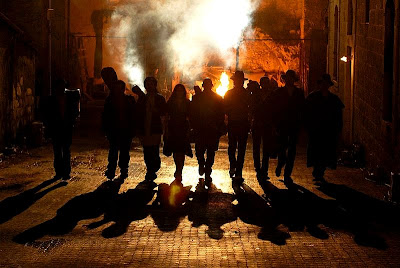 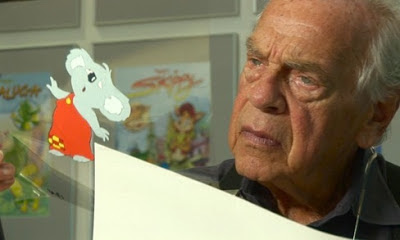 Blinky & Me
“Blinky & Me” tells the story of Yoram Gross, a Polish WWII survivor who migrated to Australia and created a popular animated television program. (Poland, doc.) 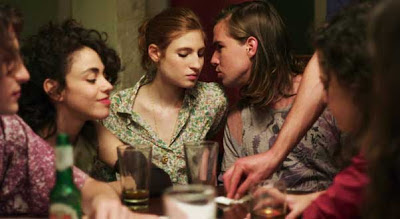 A Bottle in the Gaza Sea
A modern Romeo & Juliet tale set in Israel between a French-Israeli girl and a Palestinian man. (France/Israel) 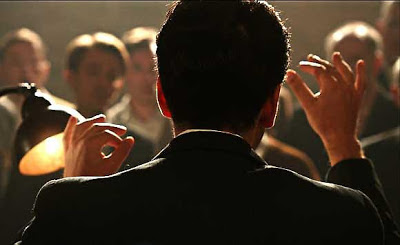 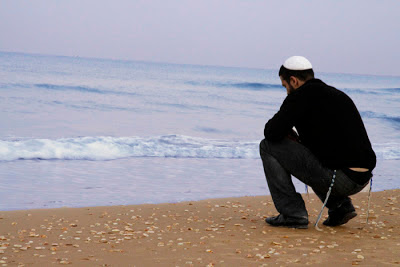 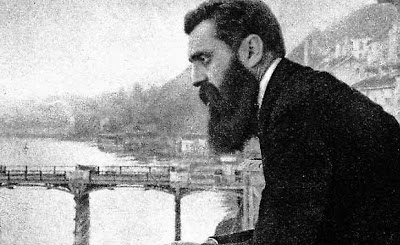 It Is No Dream: The Life of Theodor Herzl
Theodor Herzl became the father of modern Zionism after the playwright and journalist witnessed powerful anti-Semitism in Paris. Sir Ben Kingsley and Christoph Waltz provide narration. (USA, doc.) 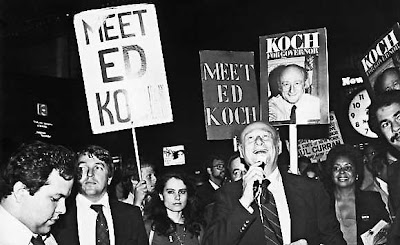 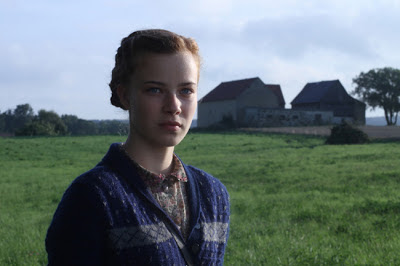 Lore
As the sun sets on the Third Reich, an indoctrinated German teen must confront her misguided views and fight for her own survival. Australia’s 2012 submission for the Best Foreign Language Film Oscar. (Australia) 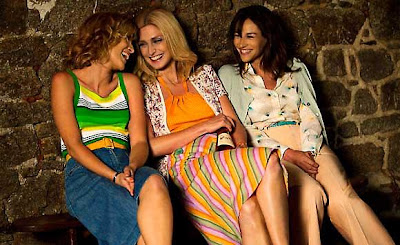 My Best Holidays
Both a family ensemble film and a 1970s throwback piece, “My Best Holidays” will surely be a crowd-pleaser with this year’s audience. (France) 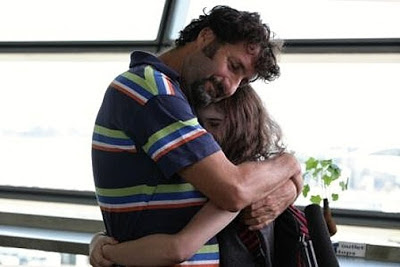 Off White Lies
Nominated for seven Ophir awards and a winner of one, “Off White Lies” shows the reconciliation between a struggling inventor and his teenage daughter as they are taken in by a wealthy Jerusalem family. (Israel) 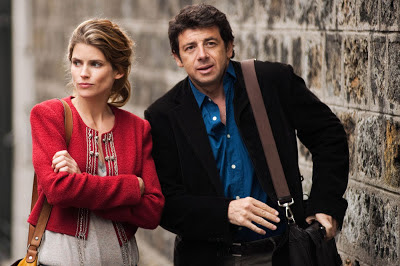 Paris-Manhattan
A musing on the decades-long relationship between France and Woody Allen, this breezy romantic comedy brings back memories of last year’s festival hit “The Day I Saw Your Heart.” (France) 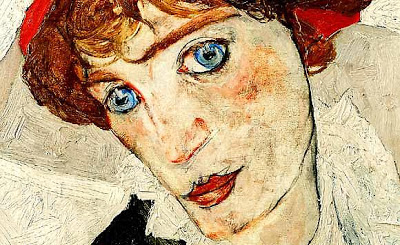 Portrait of Wally
Bringing to mind last year’s opening film, “My Best Enemy,” this film examines the unscrupulous world of art dealing following the a piece of art plundered by the Nazis in 1939. (Austria, doc.) 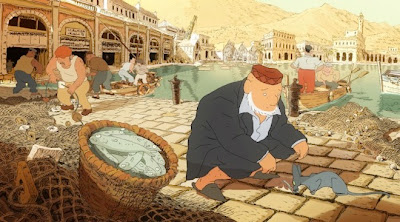 The Rabbi’s Cat
A potential Oscar nominee for Best Animated Film, “The Rabbi’s Cat” is an exciting tale about a cat who insists on having a Bar Mitzvah in colonial Algeria. Made with a painterly eye, this film is worth seeing for the beautiful textures and colors alone. (France) 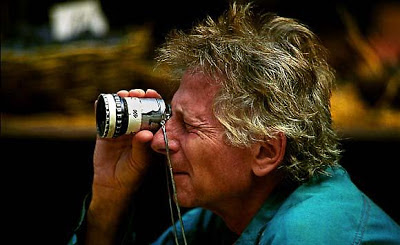 Roman Polanski: A Film Memoir
An in depth look on the man, his films and his complicated life events. (UK, doc.) 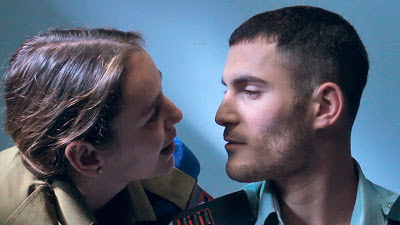 Room 514
A taut character study shot in just five days and taking place almost entirely inside an interrogation room, “Room 514” promises to be one of the most intense films of the festival this year. (Israel) 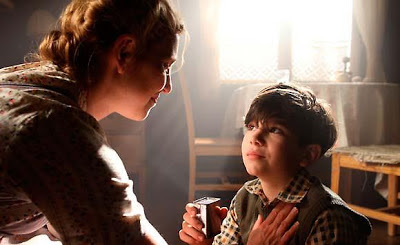 Simon and the Oaks
Recipient of a record 13 Swedish Academy Award nominations, “Simon and the Oaks” tells the story of two boys from different worlds as they become friends amid a surge of anti-Semitism in post-WWII Sweden. (Sweden) 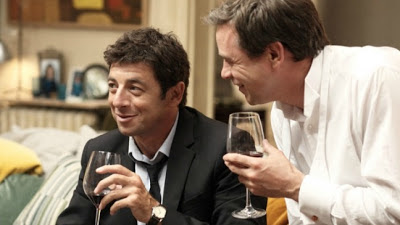 What’s In a Name?
This huge French box office hit will garner a ton of laughs with its clever script adapted from a stage play about a dinner party that turns sour with a shocking baby name announcement. (Belgium/France) 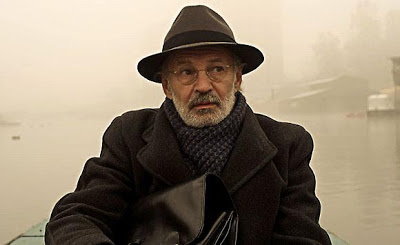 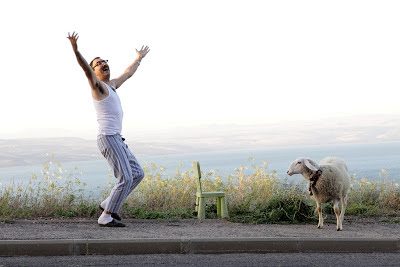 The World is Funny
Israel’s biggest box office hit and the recipient of a record 15 Ophir nominations, “The World is Funny” is a rich, emotional ensemble piece that is a surefire contender for the AJFF Audience Award. (Israel)
Share. Twitter Facebook Google+ Pinterest LinkedIn Tumblr Email