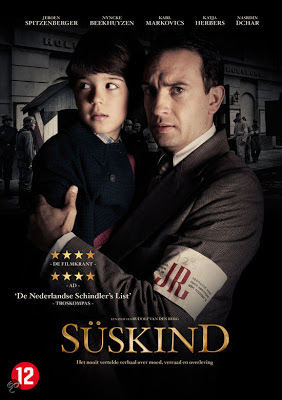 The 13th annual Atlanta Jewish Film Festival came to an end last night as the documentary “No Place On Earth” closed out the programming. Continuing on its never-ending growth spurt, the 2013 AJFF boasted a record 31,530 attendees. I’ll have to double check the numbers to see if the AJFF has surpassed the San Francisco Jewish Film Festival (a much older institution), but the most recent reporting shows the SFJFF at 30,000 attendees.

The Audience Award for Best Narrative Feature went to “Süskind,” The Netherlands’ official entry for the 2012 Best Foreign Language Film Academy Award. Best Documentary Feature went to the star-studded tribute film, “Joe Papp in Five Acts.” Best Short Film went to the Georgia-produced “The Cake Lady.” Each of these winners will receive a special encore screening in late March or early April. The dates will be posted here or on Twitter once announced.

We’ve posted a few reviews from the fest so far, but look forward to more reviews to come, including our take on the big prize winners.

Did you attend the fest? Help them out by filling out this quick survey and be entered to win two all access passes to the 2014 AJFF.