Trending
You are at:Home»News»Georgia films “Congratulations!” and “A Band of Rogues” earn encore screenings at Atlanta Film Festival 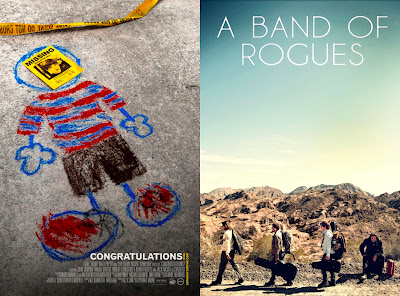 More of a showcase for Georgia cinema than ever before, this year’s Atlanta Film Festival is filled to the brim with strong examples of local film at its best. Encore screenings for two sell-out films from Georgian filmmakers have been booked for this coming Sunday, March 24th. “Congratulations!” from director Mike Brune was filmed locally in Johns Creek and “A Band of Rogues” from director T Jara Morgan was filmed in Argentina.

Having caught both films Sunday, I’ll be reviewing them in the coming days. “Congratulations!” will be screening upstairs at the Plaza at 9:00 PM, “A Band of Rogues” will be on the main screen at the Plaza at 9:15 PM. It is unfortunate that both are screening at the same time and mark the last slots of programming in the 2013 festival, but here you have another good chance to support the local film industry. Get your tickets here!