Trending
You are at:Home»News»Medient & Pinewood to build movie studios in Metro Savannah, Atlanta

Medient Studios Inc. has announced plans for a 1,500 acre movie studio near Savannah. The company is billing the project as the largest movie production facility in America, with various buildings and venues comprising the project. Only a quarter-of-a-million square feet of sound stage exists in preliminary plans, but video gaming space, a 9,000-seat auditorium and a glass-enclosed 25,000-capacity concert venue are included.

Estimates for the cost of the studio range from $90-300 million, including the $10 million for the land acquisition over a 20-year lease. The lot is located along Interstate 16 near Old River Road in the extreme southern portion of Effingham County near Bloomingdale and Pooler, with easy access to both Savannah Hilton Head International Airport and Downtown Savannah. Construction is expected to begin by June and the studio is expected to create 1,000 jobs.
Medient is a Los Angeles based, publicly listed company with strong ties to India. Plans are ambitious, but still vague as no timeline yet exists and the master plan has yet to be submitted to Effingham County. The Effingham County Industrial Authority has already voted unanimously to approve plans. While it is hard to imagine that the final product will be on the same scale in terms of design, these studios are nonetheless great news for Metro Savannah and Georgia’s film industry alike. 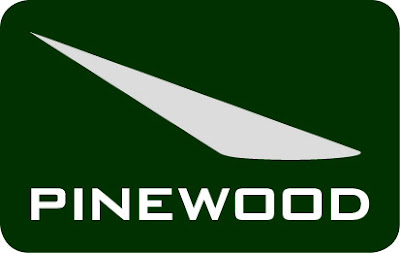 The United Kingdom’s famed Pinewood Studios are also moving forward with plans for their first American studio space in Fayette County, south of Atlanta. The 288-acre piece of land on Sandy Creek Road, northwest of Fayetteville, will feature nine buildings and half-a-million square feet of sound stage in Phase 1. Construction on the project is expected to cost $97 million and operations over the first five years are expected to cost another $95 million. The city of Fayetteville is looking to annex the unincorporated land into the city, making sewer and other services available. Pinewood hopes to have the studio operational by January 2014.
While Medient has released bigger, flashier studio plans, Pinewood’s reputation is exceptional. Both of these planed production studios will only up the ante on Georgia’s incredible film boom.
Share. Twitter Facebook Google+ Pinterest LinkedIn Tumblr Email