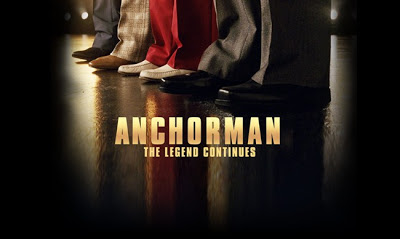 “Anchorman: The Legend Continues” is about to begin filming in Atlanta. Director Adam McKay’s sequel stars Will Ferrell, Kristen Wiig, Steve Carrell, Paul Rudd, James Marsden, Christina Applegate and David Koechner. The professional funny people have all been spotted eating and enjoying time out on the town. Restaurants like Barcelona Atlanta, Cypress Street Pint & Plate and Two Urban Licks have already been frequented by various cast members and Wiig was spotted at a spa inside the Loews in Midtown. This coming Tuesday and Wednesday mornings (March 5th & 6th), Peachtree Street south of 14th Street will be closed in segments for filming.

“Prisoners” has been filming in Conyers, Atlanta and Tucker for the past several weeks. The film stars Hugh Jackman, Jake Gyllenhaal, Viola Davis, Melissa Leo Paul Dano, Maria Bello and Terrence Howard. The stars have been spotted all over town recently. The film, directed by Denis Villeneuve, is slated for a September release.

“The Vampire Diaries” has been a staple of Atlanta’s television community for the last several years. In-studio shooting is currently underway in Decatur.

Marc Cherry, creator of “Desperate Housewives,” has been in town filming his latest show, “Devious Maids.” Ana Ortiz, Judy Reyes, Dania Ramirez, Roselyn Sánchez and Susan Lucci all star in the Lifetime series. Most recently, the show has been shooting on location off of Mt. Paran Road in Atlanta.