Trending
You are at:Home»News»“No Place on Earth” review, Paste Magazine 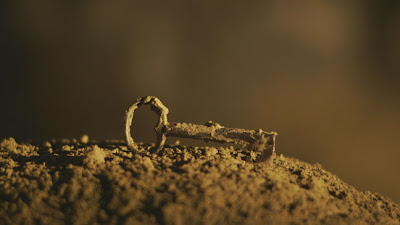 “No Place on Earth” closed out the Atlanta Jewish Film Festival back in February. Janet Tobias’ stirring documentary on a group of Ukrainian Jews who evaded Nazi detection for a year-and-a-half underground opened in New York and Los Angeles last weekend, on its way to opening in more cities across the country. I was granted the privilege to review “No Place on Earth” as my first contribution to Paste Magazine, which also counts as my first contribution as a writer to any place other than Reel Georgia.

“In 1993, American cave enthusiast Chris Nicola traveled to Western Ukraine for two purposes—to learn more about his ancestral roots and to explore the Gypsum Giant cave system that is home to some of the world’s largest horizontal caverns. When Nicola stumbled onto some miscellaneous artifacts—a key, a comb, a woman’s shoe—he also stumbled onto a much shrouded and forgotten piece of World War II history. In No Place on Earth, director Janet Tobias explores this profound discovery, shedding light on a incredible story of endurance.”