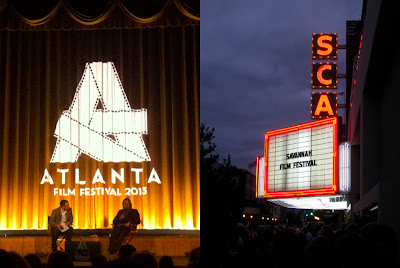 For nearly a decade, MovieMaker Magazine has been releasing an annual list of the top film festivals worth the prize of your film’s entry fee. In the past, the Rome International Film Festival has made the cut—dramatically upping the reputation of the quiet college town’s September event. Georgia’s two biggest destination film festivals—the Atlanta Film Festival and the Savannah Film Festival—both made the cut this year!
These two Georgia gems are in good company, joining festivals like Cinequest, Edinburgh, Nashville, New Orleans and Soho. MovieMaker draws attention to Atlanta’s status as an Academy Award qualifying festival and to Savannah’s 40,000+ attendance and prizes totaling more than $100,000. We would like to add that spending a week or more in either of these cities is worth more than the price of submitting your film!
Congratulations to all 50 festivals! Check out the full list.
Share. Twitter Facebook Google+ Pinterest LinkedIn Tumblr Email