Trending
You are at:Home»News»Savannah Film Festival kicks off with Alexander Payne’s “Nebraska” (***½)

Celebrating its Sweet Sixteen this year, Georgia’s oldest city hosts the second oldest film festival in the state—younger only than the 37-year-old Atlanta Film Festival. Right from the start, the Savannah Film Festival knew what type of event it wanted to be. SCAD’s illustrious 8-day event has built and maintained the type of reputation it often takes festivals decades to achieve, offering up a mix of fall prestige fare, strong independent filmmaking and a showcase of student work. Honoring star actors, producers, writers and directors every year raises the level of awareness and excitement around town.  Alexander Payne, Jeremy Irons, Natalie Dormer and Abigail Breslin are this year’s honorees. Terence Stamp was originally slated to receive a Lifetime Achievement Award but had to cancel due to filming commitments in Romania.

This year’s Outstanding Achievement in Cinema Award recipient, Alexander Payne, has already won two Oscars out of six nominations, but earned a special feather in his cap this week when he got to experience his maiden voyage to this beautiful city. “This is my first time in Savannah, but I’ll be back,” he said almost immediately after taking the stage. Legendary New York press agent Bobby Zarem had been writing Payne for years, trying to get him to attend the festival—as he does many of the celebrities that attend. Zarem is from Savannah originally and retired here after a tremendously successful career. The relationships and connections he forged through decades in the industry are a huge asset to the festival.

Payne brought both his latest film, “Nebraska,” and its star, Bruce Dern, with him to the festival this year. Dern received a Lifetime Achievement Award here in 2006, gladly returning this year to present his director and friend with a trophy of his own. 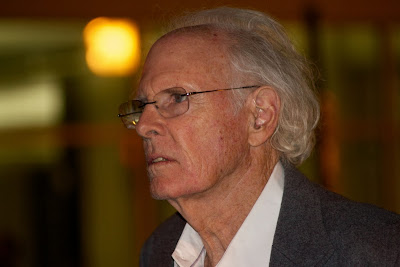 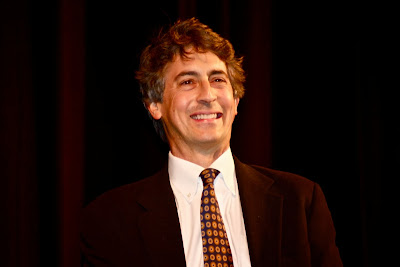 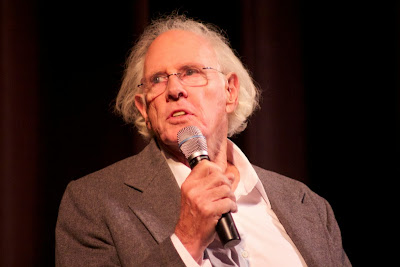 “Nebraska” is the sixth film Alexander Payne has directed, but the first for which he did not also pen the script. Bob Nelson’s screenplay only made its way to Payne in the hopes to enlist his help in the search for a director. Smitten with the cynical family road-trip story, Payne asked if he could direct it himself. This, however, was back in 2004 during production of “Sideways” and Payne didn’t want to followup that road trip film with another. Now, after wining two writing Oscars (one for “Sideways,” another for his next film, “The Descendants”), Payne has directed “Nebraska,” which saw Bruce Dern attached right from the start.

Nelson’s script contains the same edgy, skeptical tone famous to the films that Payne has written—so much so, that I didn’t even know Payne hadn’t written it until after viewing the film. Skepticism aside, Payne always knows how to endear these grumpy characters to the audience, offering just enough sweetness without dredging up any mawkishness.

Also in keeping with Payne’s back-catalogue is the swinging balance between the lead and supporting players. Dern’s spacey, drifting Woody Grant is just kind and quiet enough to take the hardness out of his stubborn defiance, resorting to slipping away and walking miles if no one will drive him where he wants to go. When he receives a sweepstakes mailer seemingly assuring him that he has won a million dollars, he sets out to collect his prize in Lincoln, Nebraska. His youngest son, played by Will Forte, eventually concedes to drive him there from Billings, Montana. Slowly, Woody’s wife (June Squibb) and oldest son (Bob Odenkirk) join them on the journey that gets hung up while visiting family in their old Nebraska hometown.

It’s here, with all four family members that we have the most fun watching. The interactions between them are gold, eliciting a range of different emotions and reactions most anyone can relate to. The most credit has to be paid to Dern and Squibb, though. They are very much running this show and neither one misses a single beat. Forte, Odenkirk and Stacy Keach each make solid contributions—particularly Forte, who’s everyman David Grant racks up the most emotional mileage of any character in the film. While he grows from wimpy and noncommittal to a more sympathetic, responsible son, Forte simply does what the screenplay asks him to, as opposed to setting the screen on fire like his parental co-stars. Still, it is nice to see him in this type of role and in this type of film.

During his tribute reel before the film screened, a quote from Payne read, “I think cynicism lasts. Sentimentality ages, dates quickly.” His work here reflects his philosophy about as well as anything he’s done. Some viewers will have a strong emotional connection to the film, thanks to its familiar, begrudgingly challenged personalities and aided by Phedon Papamichael’s indelibly beautiful black-and-white photography. Unless you are among the most relatable, however, “Nebraska” might seem a little too long of a film for a little too simplistic of a story. Rest assured, the performances from Bruce Dern and June Squibb make it worth every minute.