Trending
You are at:Home»News»Call for Entries Open for Macon Film Festival 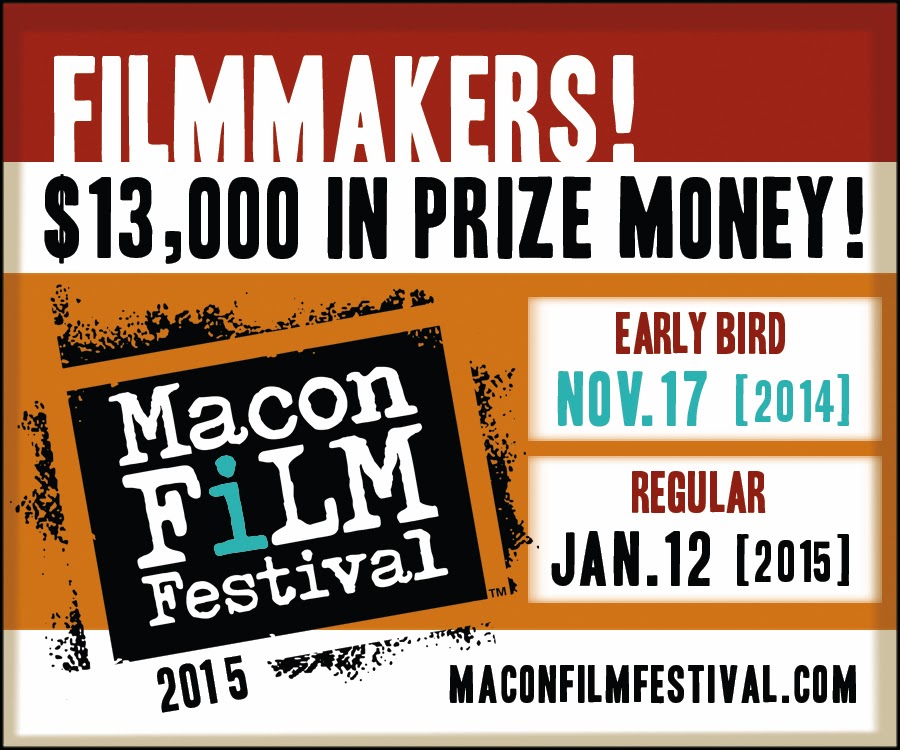 Earlier this year, the Macon Film Festival announced it would move from February to July for it’s 10th annual festival in 2015. The move is in collaboration with the Bragg Jam Music, Arts and Kids Festival. Together, the two fests will form a 10-day event in downtown Macon, celebrating the best of the city’s vibrant arts community.

Along with the new dates, new submissions dates are also in place. The Early Bird deadline closes on Monday, November 17th with the regular deadline closing in two months, on January 12th, 2015. Click here to learn more about submitting your film.

The 2015 Macon Film Festival takes place July 16-19, 2015 and features $13,000 in prize money across several different short film and feature film categories. The Macon Film Festival has quickly made a huge impression on Georgia’s film festival circuit. This move to July will only further solidify the festival’s unique presence.