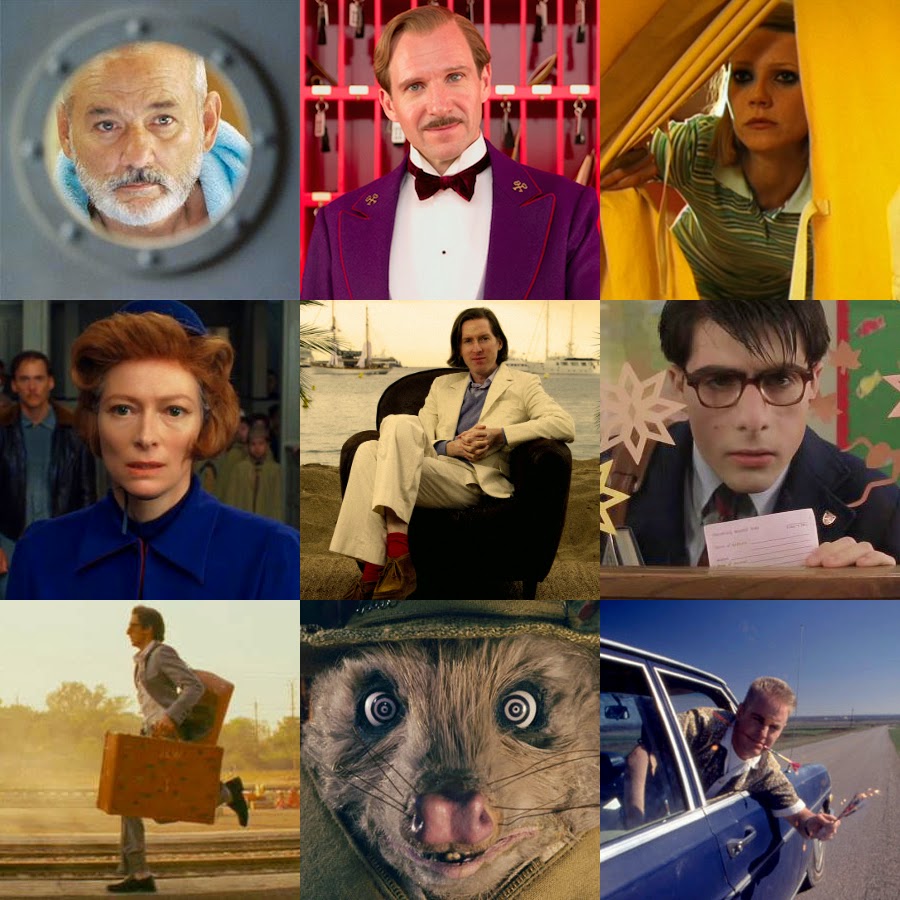 We love Wes Anderson. You love Wes Anderson. The whole world does, really. This man has made some of the funniest, most adorable, most colorful, most uniquely singular films ever and in doing so, he has created a distinct style that is often imitated, but never duplicated. His brand is so built into our culture, even parodies are mostly just homages. His frequent collaborators—Jason Schwartzman, Bill Murray, Luke Wilson, Owen Wilson, Adrien Brody, Anjelica Huston and Tilda Swinton, to name a few—feel like family members to us.
Released early in 2014, “The Grand Budapest Hotel” has remained one of the year’s best films as well as a bright spot on Anderson’s already sterling résumé. As we gear up for end-of-the-year superlatives and Oscar nominations, we’ve ranked all of the films in Wes Anderson’s glorious filmography. Where does his first feature, “Bottle Rocket,” fit in? How about his latest, “The Grand Budapest Hotel?” Find out after the jump! 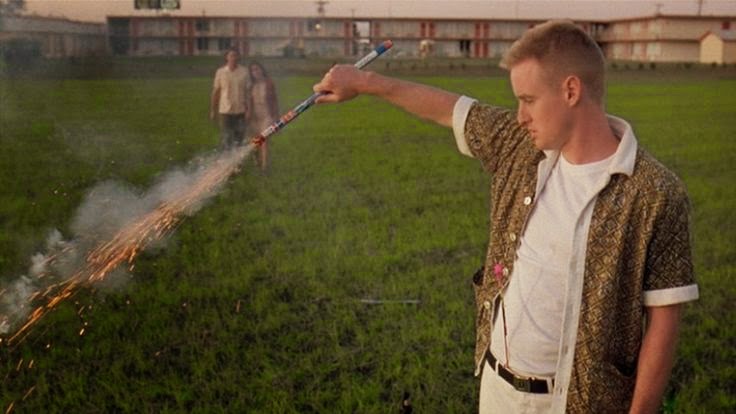 It was six years ago that I first saw “Bottle Rocket,” and really, really did not like it. Really. For me, it was uninspired and entirely forgettable. And last night, in hopes of writing some thoughtful blurb about this film, I watched “Bottle Rocket” again. And, this time, it had the complete opposite effect on me. It was delightful and funny and thoughtful and is a film, quite honestly, I’d highly recommend. Though I think, of all of Anderson’s films, “Bottle Rocket” does belong at the bottom of the list, it’s a very noteworthy film. It’s not quite as stylized and Andersonian as his other films, but that’s only because it’s his first feature. And that’s obvious here; there a bunch of great ideas all mashed up into this one thing, and there are some tonal shifts that create this strange mood. That being said, “Bottle Rocket” wonderfully evidences a very strong and promising talent for a man who has turned out to be a pretty remarkable filmmaker.
—Ali Coad

7. “The Life Aquatic with Steve Zissou” 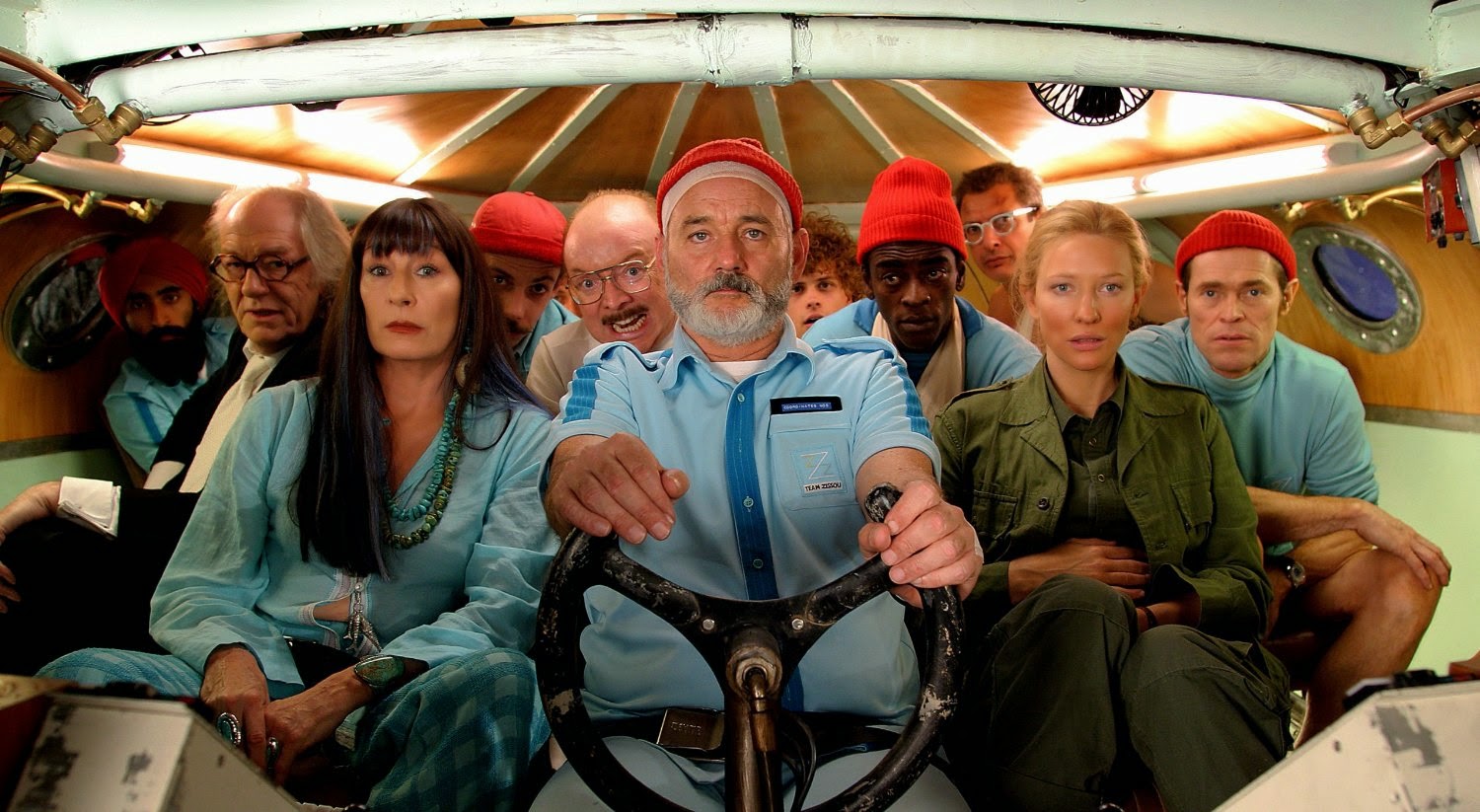 “The Life Aquatic with Steve Zissou” is Anderson’s fourth film and was the highly anticipated follow-up to “The Royal Tenenbaums,” a film that garnered him his first Oscar nomination (with Owen Wilson) and remained his highest grossing film for thirteen years until it was surpassed in 2014 by “The Grand Budapest Hotel.” All of this to say, the stakes were raised and the hopes were high for “The Life Aquatic with Steve Zissou.” Many critics and fans were a bit let down with the film, coming off a Tenenbaum-high. It was argued that Anderson’s style had fallen out of vogue and that the melancholy was a bit too thick for the action and comedic elements of the film to really shine. I found many, many things to appreciate, however. Anderson took an opportunity to make “The Life Aquatic” his weirdest film yet, infusing it with the most vibrant colors, acoustic Portuguese David Bowie covers by cast-member Seu Jorge and brilliant stop-motion animation that served to foreshadow his knack for the art form that was fully realized a few years later in “Fantastic Mr. Fox.” I shouldn’t even have to talk about how great the cast is—but I will—since it featured faithful members of the Anderson film family like Bill Murray, Owen Wilson and Anjelica Huston and served as the first appearances for family members such as Willem Dafoe, Jeff Goldblum, Waris Ahluwalia and Michael Gambon. Cate Blanchett also stars, playing one of the most non-typical Anderson characters of an Anderson film to date. She should really be part of the fun more often, don’t you think, Wes?
—Cameron McAllister 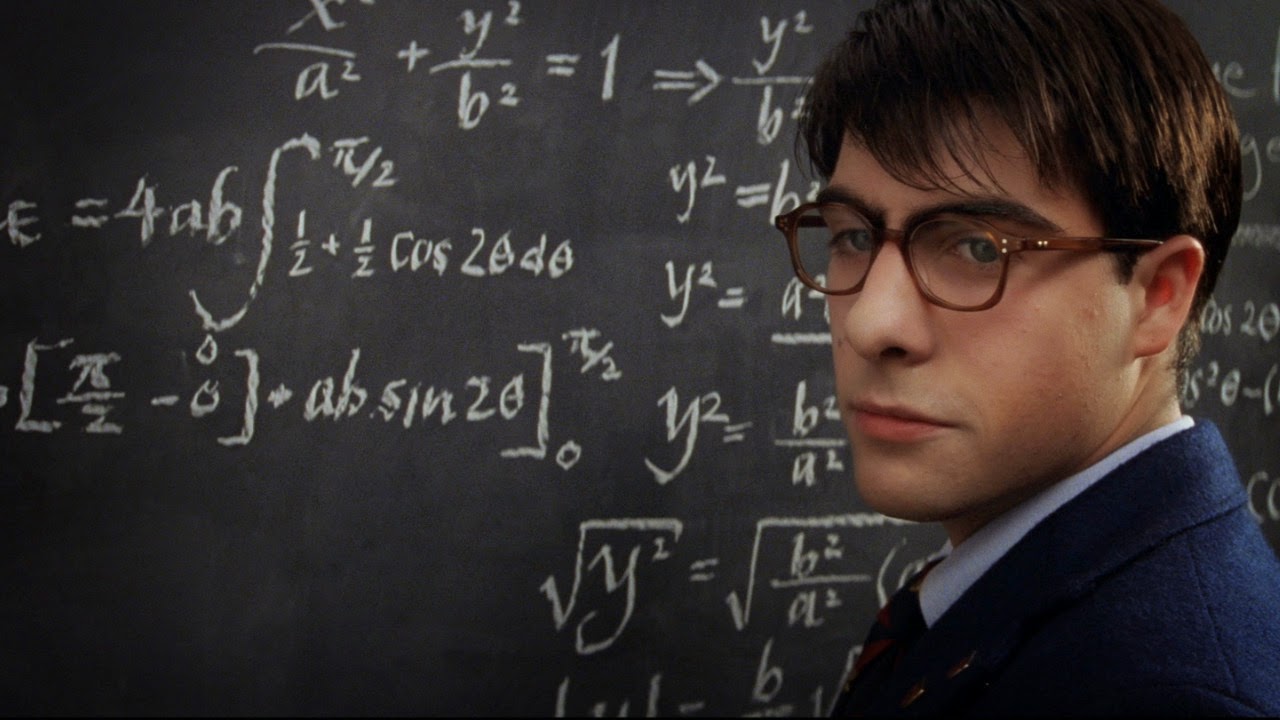 Setting the stage for the rest of his films to follow, Wes Anderson quite literally draws the curtain to reveal “Rushmore:” a filmic, play-like universe where Jason Schwartzman (Max Fischer) and Bill Murray (Herman Blume) become the veins that will be forever pumping within the Wes Anderson aesthetic. Following Anderson’s first feature “Bottle Rocket,” this 1998 film projects Max donning a red beret (militant yet très chic), featuring birds-eye-views of hand-drawn plans (an Anderson signature) and a diegesis overflowing with sentiment. After inhaling a puff of his cigarette and in the same breath throwing back a whiskey over ice, Herman cannonballs into the family pool whilst silent birthday party-goers look on. While Mike Nichol’s “The Graduate” had an undeniable influence on a young Anderson, this scene ultimately reveals a character you can still catch whiffs of in the Anderson films that follow. The case is the same for malleable Max who was morphed and contorted into dozens of characters. While “Bottle Rocket” is very relevant, what we see in Max is the birth of dozens of Anderson characters who had yet to be created.
—Christina Humphrey 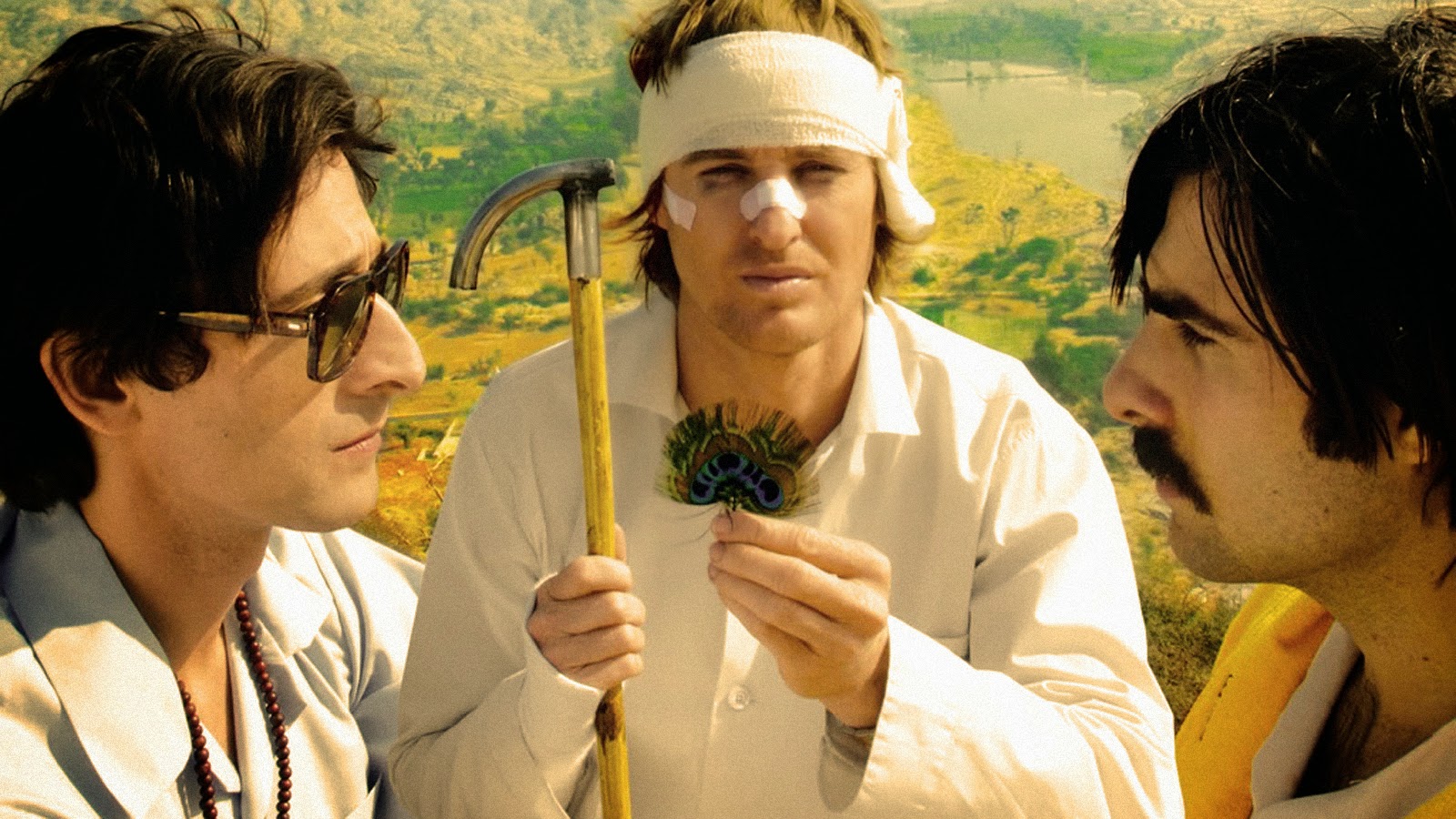 Anderson’s fifth feature, “The Darjeeling Limited,” is equal parts road trip comedy and touching character study. Owen Wilson, Adrien Brody and Jason Schwartzman star as three disconnected brothers in search of their mother, who now resides in India. The siblings, all carrying their own literal and figurative baggage, have different objectives, clashing personalities, and varying degrees of interest in the task at hand. The film shows off the best of what Anderson has to offer visually. While still managing to be wacky and eccentric, “The Darjeeling Limited,” at its core, is rooted in grief and mourning. With a relatively small cast for an Anderson movie, the three leads carry each scene thanks to wonderfully layered performances and a magnificent script. The film also benefits from multiple viewings, as much of its more philosophical efforts are overshadowed by its goofy off-kilter tone.
—Christo Stevens 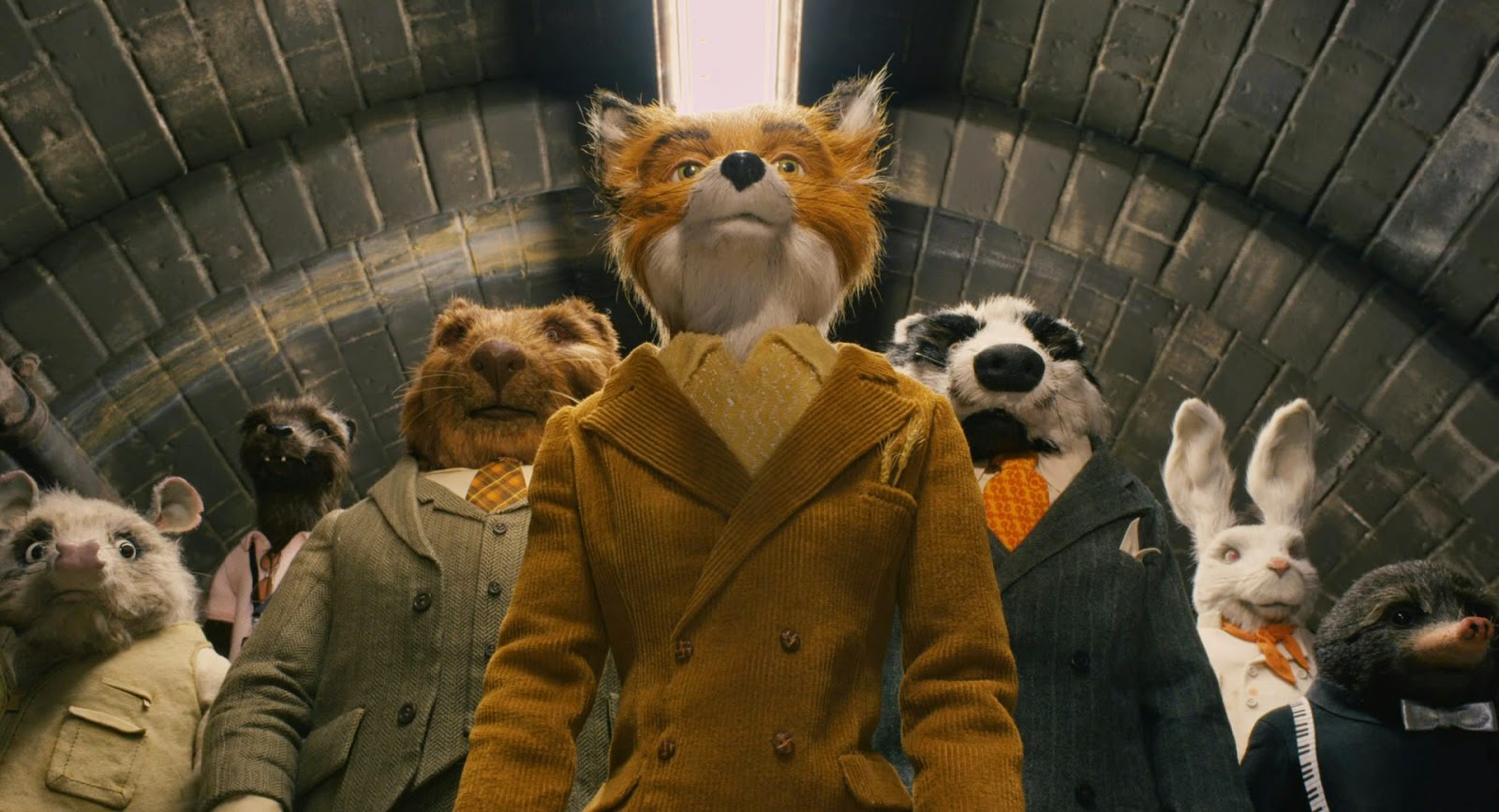 No one makes an animated film like Wes Anderson. Based on the children’s novel by Roald Dahl, “Fantastic Mr. Fox” was Anderson’s first complete foray into stop-motion animation (after he teased us in “The Life Aquatic with Steve Zissou”), and if rumors are true, it won’t be his last (Anderson recently stated that his next project might also be stop-motion). George Clooney and Meryl Streep join several of the Anderson film family members to lend their voices in creating some of the most spectacular animated characters ever. The color pallet takes its biggest cues from the fantastic oranges of fox fur, and this film is as vibrant beautiful as it gets—every set, every animal, every detail aglow with hand-crafted design and careful forethought. Alexander Desplat’s work mixed with the perfect soundtrack selections gives these visuals the perfect rhythm for anything from digging in the ground to a supermarket dance party. Wes Anderson puts a lot of charm in each of his films, but for me, “Fantastic Mr. Fox” tops them all.
—Cameron McAllister 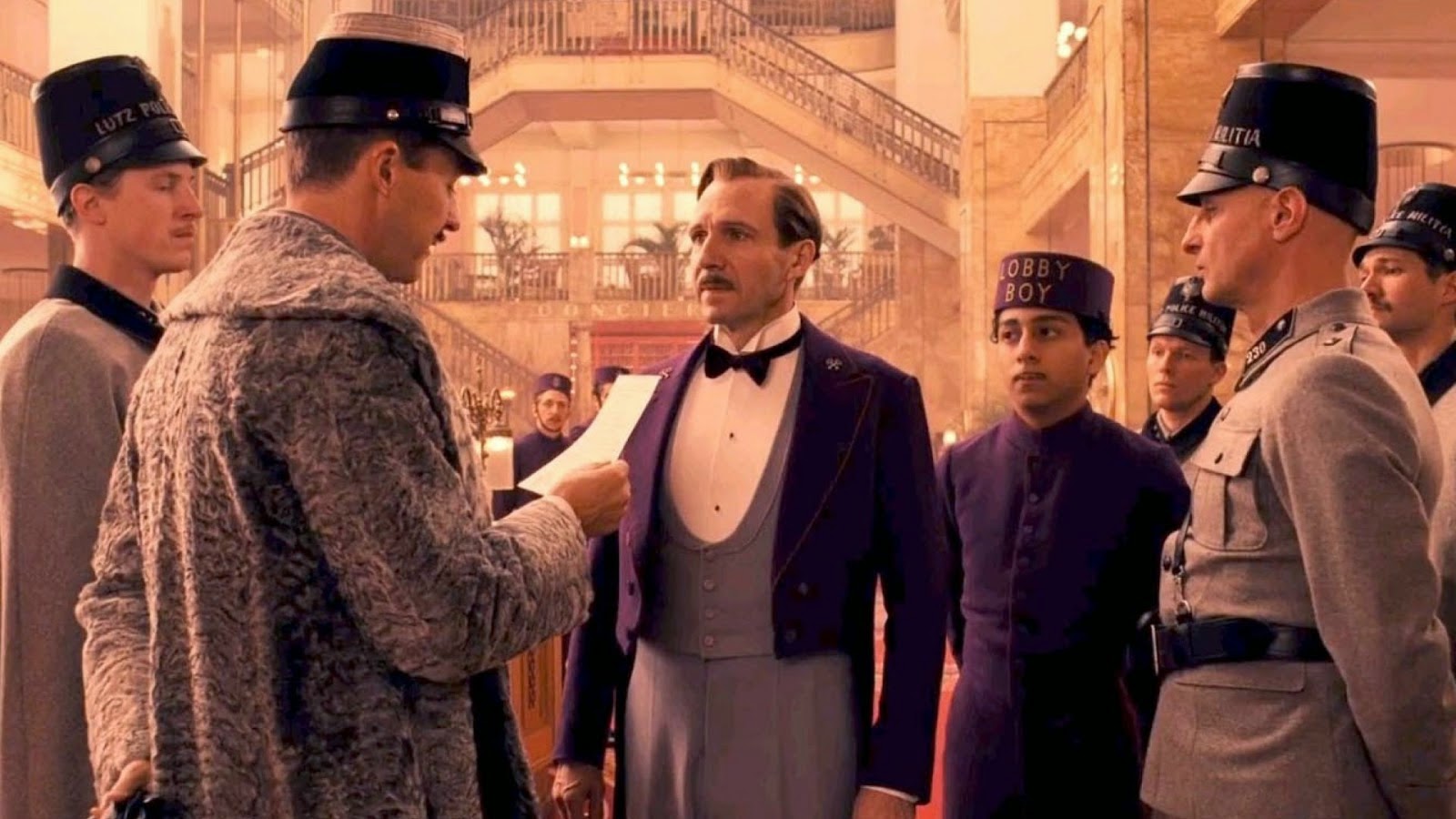 Drenched, saturated, and gleaming in vibrant colors and patterns, “The Grand Budapest Hotel” comfortably rests in its own snow globe of nostalgia. While it’s never rare for one of Anderson’s films to be labeled nostalgic, “The Grand Budapest Hotel” breathes a different type of nostalgia, a universal one, if you will. Gone are the plastic, retro toys from “The Royal Tenenbaums” or the cookie cutter boy scout uniform paired with a coonskin hat that screams America in “Moonrise Kingdom.” What nostalgia emerges here, in the fictional Republic of Zubrowka, is epitomized in Gustave H (Ralph Fiennes). Giving what some could argue is the performance of his colorful career, Fiennes captures (beautifully!) a character that is an absolute walking contradiction seemingly wrapped up in his own charming Mendel’s box to be opened and consumed by women and men alike. A man who is capable of moving a tattooed and hardened incarcerated man that—what seemed like 10 minutes before in the film—he punched upon meeting. The film is nostalgic for a time when handcrafted, heavily detailed work was the norm, when manners prevailed—yet, everyone is still capable of being a bit ornery when need be. If “The Grand Budapest Hotel” fails to garner accolades when Oscar nominations are announced next month, it will simply be because our culture is still much more comfortable getting into bed with violence and machismo than experiencing and accepting something cinematically lovely.
—Christina Humphrey 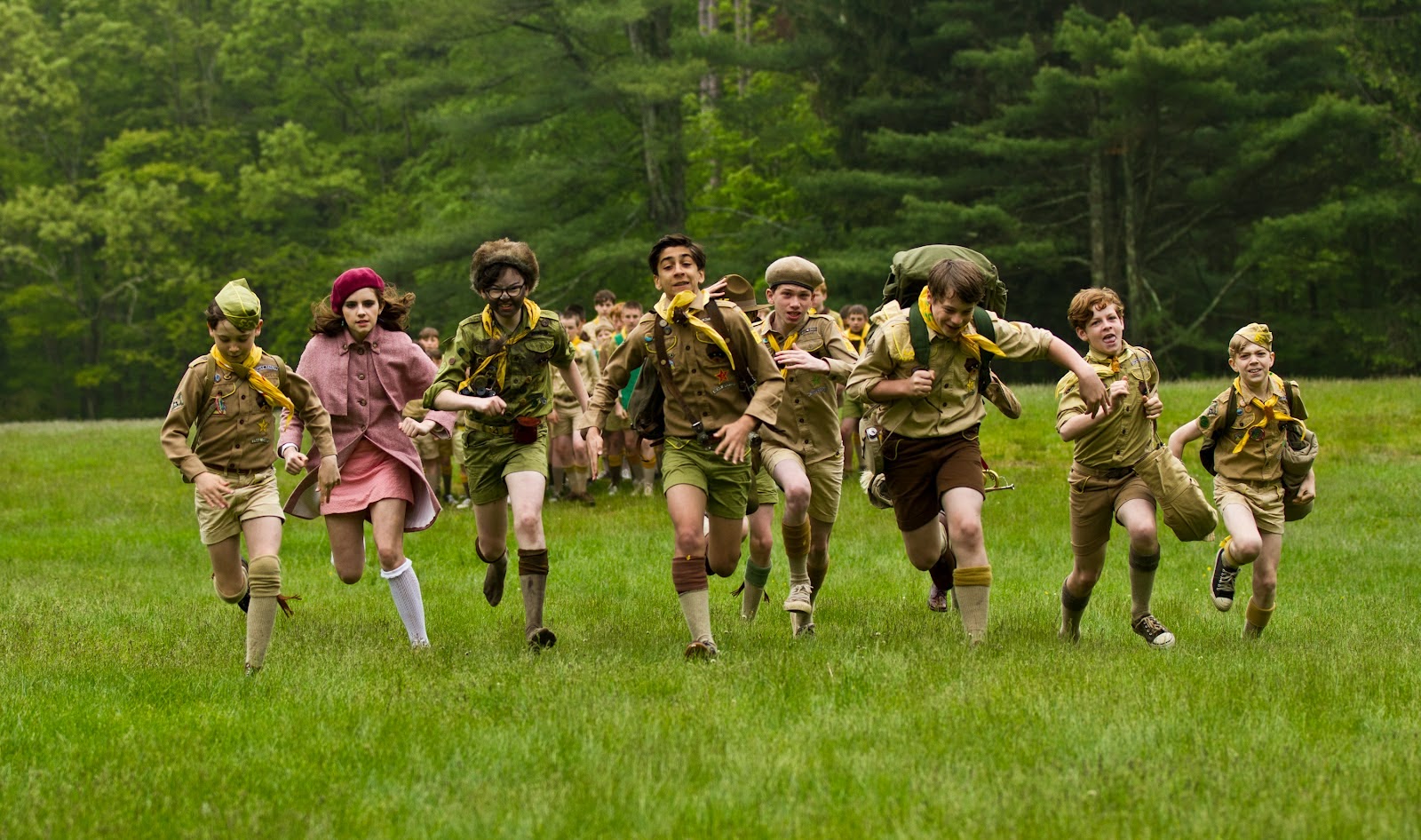 Anderson’s hilarious and heartfelt script for “Moonrise Kingdom” paints such a uniquely whimsical portrait of young love. The two leads at the center of the film, Jared Gilman and Kara Hayward, are magnificent. Wildly naïve, yet wise beyond their years, little Sam and Suzy navigate their way across a rainy New England island in an effort to escape their complicated home lives. The world Anderson creates here is intimate and nostalgic. With gorgeous browns and yellows flooding in every intricately choreographed shot, the Anderson-aesthetic is in full swing. Tilda Swinton, Bruce Willis and Edward Norton are all welcome new-comers to the Anderson universe.
—Christo Stevens 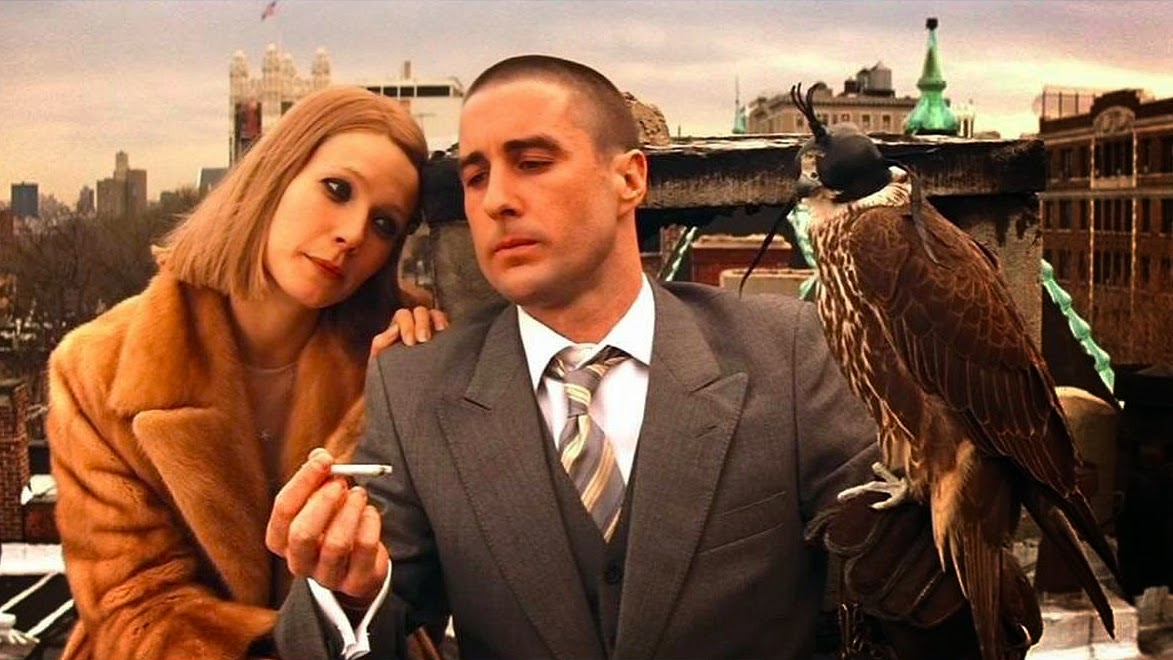 It’s hard for me to talk about this film without gushing, because I love “The Royal Tenenbaums.” I mean, I really, really love it. It’s a wonderful piece of filmmaking. It’s a tenderhearted piece that masterfully teeters the line between comedic and melancholic, and it is here that Anderson fully hones what has become his characteristic style. The true beauty of “The Royal Tenenbaums” lies in its relateability; how on any given day you can see yourself in Margot or Richie or Eli, or that on a different day, you may sympathize or empathize or better understand your parents through Royal or Etheline or even Henry. It’s always a beautiful thing when a piece of art can change, even slightly, the way the way you see the world or yourself or your family or the way you fit and function within all of those things. That’s what “The Royal Tenenbaums” does for me. Also, this film is very much inspired by J.D. Salinger, who happens to be, in a very honest and unpretentious way, one of my favorite writers… so this film has that going for it, too.
And a quick sidenote: I don’t think it’s quite fair to discuss Wes Anderson without even mentioning Owen Wilson. Wilson, too, proves to be a remarkable storyteller, penning three of the films on this list with Anderson. Because that’s what all this comes down to, really: good, strong, heart-filled stories. And, arguably, Anderson (and Wilson) do this to perfection.