Seventeen titles compete in Narrative and Documentary categories, including two World Premieres, two North American Premieres and one US Premiere. 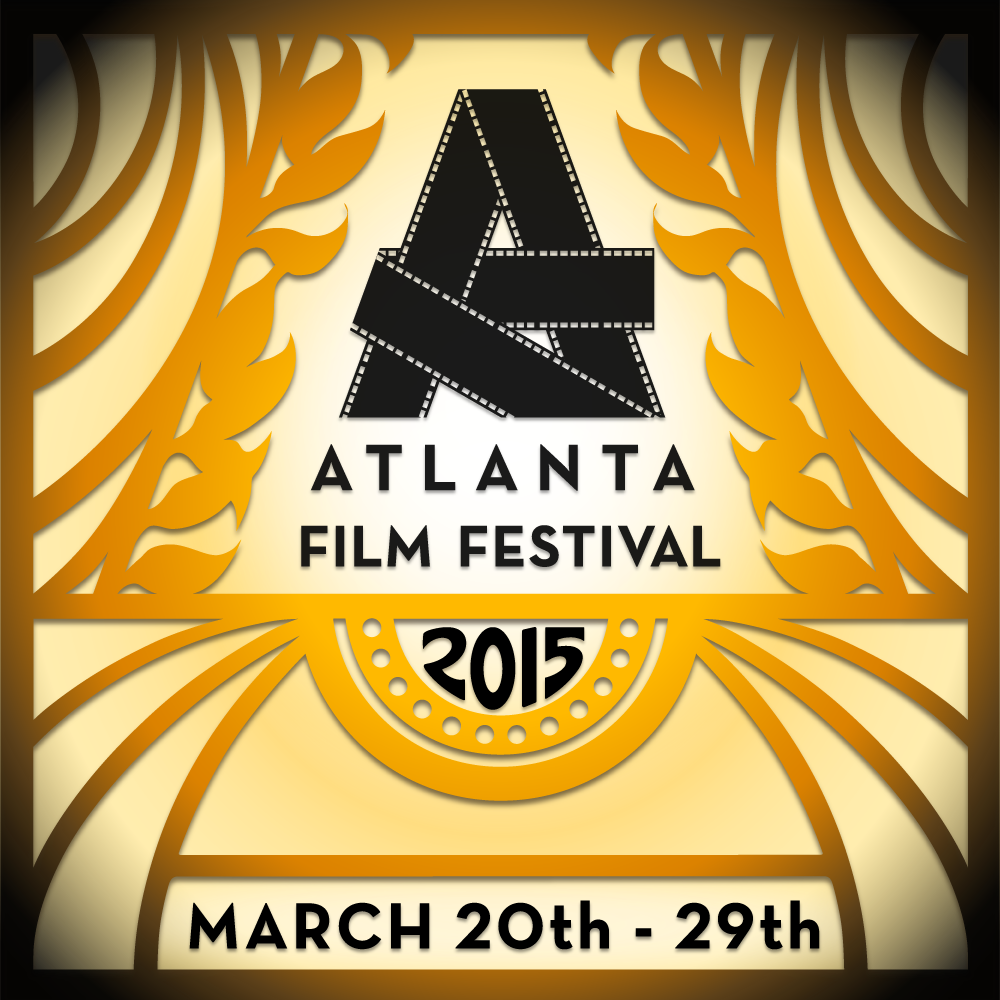 In December of 2014, the Atlanta Film Festival announced its first slate of programmed films, all of which were directed by women. Those ten features included six narratives and four documentaries from four different countries, including three films with Georgia ties. Today, the festival is pleased to announce the competitive lineups in the narrative and documentary feature categories.

Three of these films, all of which are narratives, were announced in December: “Breathe (Respire)” directed by Mélanie Laurent, “Next Year (L’annee Prochaine)” directed by Vania Leturcq and “The Sisterhood of Night” directed by Caryn Waechter. Seven of the competition films are directed by women.

ATLFF will host the world premieres of both “Rosehill” (directed by Brigitta Wagner) and “Somewhere in the Middle” (directed by Lanre Olabisi). “Rosehill” is Wagner’s feature debut and stars Josephine Decker and Kate Chamuris. “Somewhere in the Middle,” starring Cassandra Freeman, Charles Miller and Louisa Ward, marks a return to ATLFF for Olabisi. His last feature, “August the First,” played the 2007 Festival. Olabisi is among the winners of the 2009 ATLFF Screenplay Competition.

Two films, Peter Blackburn’s “Eight” and Marcelo Galvão’s “Farewell (A Despedida),” will have their North American premieres at ATLFF. “Next Year (L’annee Prochaine)” played at the 2014 Toronto International Film Festival, but will make its American debut in Atlanta. Seventeen-year-old Charlie is bright and beautiful, but not without insecurity. When new girl Sarah arrives, Charlie is captured by her charisma and the two strike up a deep friendship. For a time, it seems as though each is what the other has been waiting for. When Sarah tires of Charlie and begins making new friends, their relationship takes a turn for the worse.
Starring: Joséphine Japy, Lou de Laâge, Isabelle Carré, Claire Keim
#Narrative #International 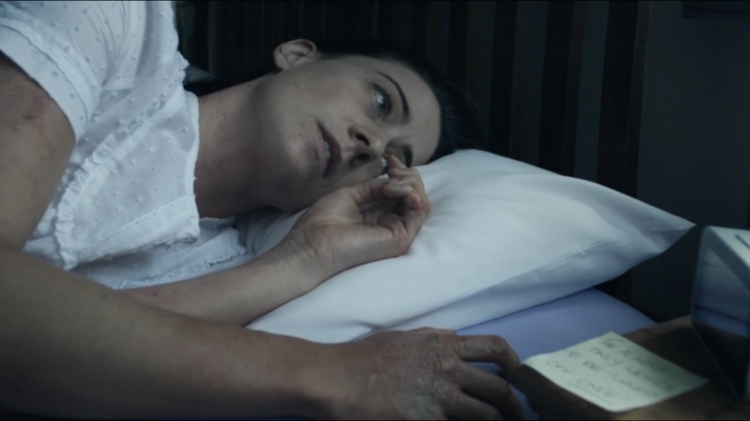 Sarah Prentice had a life, once. She had a husband, and a daughter. She had holidays. Now she has a routine. She has eight. Bound in a repetitive cycle of OCD, trapped in her house by agoraphobia, the smallest of every day tasks are a monumental effort. As she battles to break her vices, will a knock on the door unhinge her progress?
Starring: Libby Munro, Jane Elizabeth Barry
#Narrative #International #NorthAmericanPremiere Based on true facts, “Farewell” tells the story of Admiral, a 92-year-old man, who decides that the time has come to say goodbye to all that is most important in his life and spends one last night with Fatima, his lover who is 55 years younger than him. His life has been showing clear signs that it is coming to an end, which makes the experience dense, deep and urgent.
Starring: Nelson Xavier, Juliana Paes, Amélia Bittencourt, Tereza Piffer
#Narrative #International #NorthAmericanPremiere

Gene spends his days canvassing about childhood obesity. One day he canvasses Titty, an emotionally-arrested 19-year-old who has successfully sued his own father to win back a large inheritance and gotten himself disowned in the process. Gene discovers that Titty has an ongoing online relationship with the beautiful but reclusive Ginger, who is an animal activist. Gene convinces Titty to make a pilgrimage to meet Ginger where the two men form a close bond despite both of them being drawn to the enigmatic Ginger, who is in need of rescue.
Starring: Kentucker Audley, Olly Alexander, Joslyn Jensen, Josephine Decker
#Narrative After years of absence, Krisha reunites with her family for a holiday gathering. She sees it as an opportunity to fix her past mistakes, cook the family turkey, and prove to her loved ones that she has changed for the better. Only, Krisha’s delirium takes her family on a dizzying holiday that no one will forget.
Starring: Krisha Fairchild, Robyn Fairchild, Bill Wise, Trey Edward Shults, Chris Doubek, Olivia Grace Applegate, Alex Dobrenko, Bryan Casserly, Chase Joliet, Atheena Frizzell, Augustine Frizzell, Rose Nelson, Victoria Fairchild, Billie Fairchild
#Narrative Clotilde and Aude are eighteen and have always been best friends. Their relationship is strong and interdependent, as teenage friendships can be. They are finishing school and have to decide what to do the following year, after their baccalaureate. Clotilde decides to leave their small, provincial village and go to Paris, dragging Aude along with her. But the two friends will experience this departure differently, ultimately splitting up.
Starring: Constance Rousseau, Jenna Thiam, Julien Boisselier, Kévin Azaïs
#Narrative #International #USPremiere

Old friends Alice and Katriona haven’t seen each other since Alice got a job as a sex researcher in rural Indiana. When New York actress Katriona pays a sudden visit, Alice thinks her small-town boredom has come to an end. Little does she know that Katriona is harboring something. The two women set out on a local journey that leads them, unexpectedly, back to themselves. Rocks, women, motion, metamorphosis, and erotica. Part road trip, part meditation, part improvised fiction, part documentary, “Rosehill” is a film about crisis and eternal change, the darkness and resilience of the human spirit.
Starring: Josephine Decker, Kate Chamuris, Ken Farrell, John Machesky, Jacob Emery
#Narrative #WorldPremiere The story begins when Emily Parris exposes a secret society of teenage girls who have slipped out of the world of social media, into a mysterious world deep in the woods. Emily’s allegations of sexually deviant activities throw the town of Kingston into hysteria and the national media spotlight. As the accused uphold a vow of silence, Emily’s blog takes an unexpected turn when girls across the country emerge with personal stories of sexual abuse. Why are the Sisterhood girls willing to risk so much for a ritualistic gathering in the woods? From the story by Pulitzer Prize-winner Steven Millhauser, “The Sisterhood of Night” chronicles a provocative alternative to adolescent loneliness, revealing the tragedy and humor of teenage years changed forever by the Internet age.
Starring: Georgie Henley, Kara Hayward, Willa Cuthrell, Olivia De Jonge, Kal Penn, Laura Fraser
#Narrative Sofia’s life is a mess. Bad relationships. Dwindling job prospects. But a chance encounter at a bookstore convinces her that she’s met the love of her life in Kofi — a handsome, but immature office manager. Kofi, however, has other things on his mind. Namely, his crumbling marriage to his demanding wife, Billie, who is herself struggling with a newfound attraction for her female co-worker, Alex. In an instant, events that seem true suddenly turn upside down. As secrets and lies surface, each layer of the love quadrangle is slowly peeled away, leaving everyone to cope with the ripple effects of love, obsession, sexuality and ultimately self-discovery. “Somewhere in the Middle” was born out of a year long improvisational process wherein the actors and director mutually crafted a time-fragmented, ensemble drama. Structured like a jigsaw puzzle, no character fully grasps their current dilemma as three interwoven stories are retold from varying viewpoints.
Starring: Cassandra Freeman, Charles Miller, Louisa Ward, Marisol Miranda, Aristotle Stamat, D. Rubin Green
#Narrative #WorldPremiere

In 1996, the Taliban banned photography in Afghanistan. Taking a photo was considered a crime. When the US invaded after 9/11, Afghans saw the Taliban regime topple, the media blackout disappear, and a promising media industry emerge. Now, in a country facing abject uncertainty and ongoing war, Afghanistan’s young press struggles to be a free press. “Frame by Frame” is a feature-length documentary that follows four Afghan photojournalists navigating a young and dangerous media landscape. Through cinema verité, powerful photojournalism, and never-before-seen archival footage shot in secret during the Taliban, the film reveals a struggle in overcoming the odds to capture the truth.
#Documentary #International An unflinching and poetic glimpse into a forgotten war, “Madina’s Dream” tells the story of rebels and refugees fighting to survive in Sudan’s Nuba Mountains. After decades of civil war, South Sudan achieved its independence from Sudan in 2011. But inside Sudan, the conflict continues. Sudan’s government employs aerial bombings and starvation warfare against the inhabitants of the Nuba Mountains. Hundreds of thousands of civilians have fled to refugee camps in South Sudan or remain trapped in the war zone. Eleven-year-old Madina and countless others dream of a brighter future for the Nuban people.
#Documentary #International

“Masculinity/Femininity” is an experimental interrogation of normative notions of gender, sexuality and performance. Prominent filmmakers, film theorists, gender theorists, and artists are each asked to perform a piece that deals with issues surrounding gender identity and construction. Shot primarily on Super 8, the film merges academic and cinematic critique—aiming to be more of a document of gender de-construction rather than a documentary about gender construction.
#Documentary #PinkPeach A diverse group of South African actors tours the war-torn regions of Northern Ireland, Rwanda, and the former Yugoslavia to share their country’s experiment with reconciliation. As they ignite a dialogue among people with raw memories of atrocity, the actors find they must once again confront their homeland’s violent past, and question their own capacity for healing and forgiveness. Featuring never-before-heard original music by jazz legend Hugh Masekela.
#Documentary #International Harley-Davidson, leather, tattooed biceps: Ron “Stray Dog” Hall looks like an authentic tough guy. A Vietnam veteran, he runs a trailer park in rural Missouri with his wife, Alicia, who recently emigrated from Mexico. Gradually, a layered image comes into focus of a man struggling to come to terms with his combat experience. When Alicia’s teenage sons arrive, the film reveals a tender portrait of an America outside the mainstream. “Stray Dog” is a powerful look at the veteran experience, a surprising love story, and a fresh exploration of what it takes to survive in the hardscrabble heartland.
#Documentary 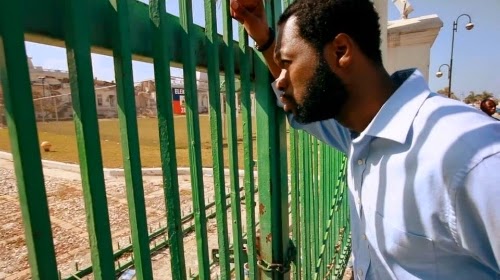 Can one man change a country? Pras Michel believed he could. “Sweet Micky for President” tells the story of Pras, founder of the Grammy award winning hip-hop group The Fugees, as he sets out to change the destiny of his home country of Haiti. With no experience, no money and no support, Pras mobilizes a presidential campaign for Michel Martelly better known as the controversial diaper wearing pop-star Sweet Micky. As a first time political candidate, Martelly aims to use his skills as an artist to affect revolutionary change in a country whose people have been disenfranchised for over 200 years. Despite all odds, Martelly wins the presidency instilling a renewed sense of hope for Haiti’s future.
#Documentary #International

When their home is sold to real-estate developers, the magicians, acrobats, and puppeteers of Delhi’s Kathputli Colony must find a way to unite—or splinter apart forever.
#Documentary #International