Trending
You are at:Home»News»ATLFF Review & Interview: “Janey Makes A Play” (****) 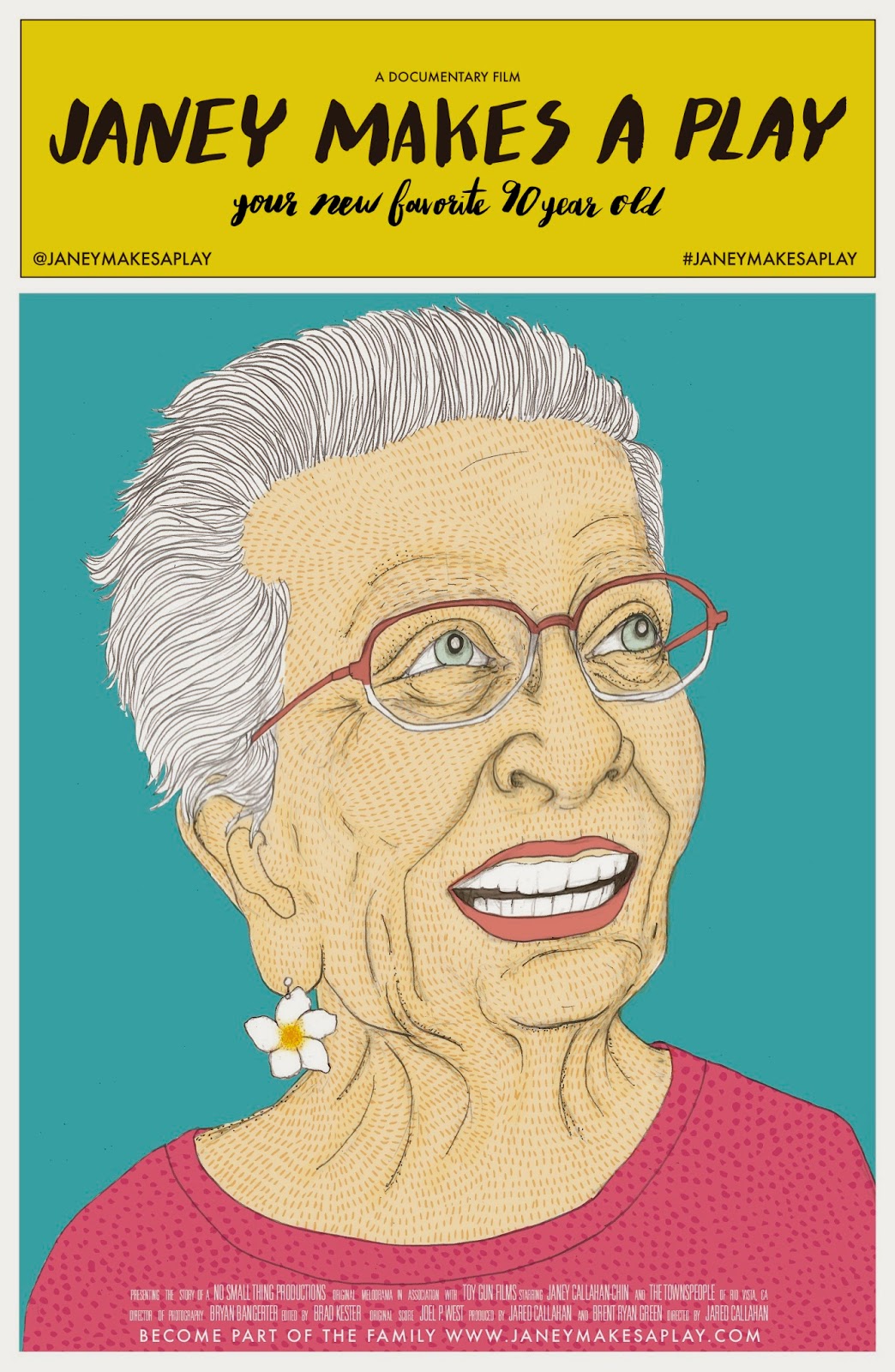 To know Janey is to love Janey. A dancing, chuckling, playwriting 90-year-old great-grandmother, Janey Callahan-Chin is the essence of youth. Her unwavering positivity and bulletproof work ethic have shaped an indispensable role in the small town community of Rio Vista, California: she’s been writing, directing, and producing local stage plays for thirteen years. “Janey Makes A Play” documents Janey’s non-profit troop No Small Thing Productions as they prepare for their eighteenth play—an original story about a mortgage banker, his daughter, and the quest to save their town from The Great Depression. Director Jared Callahan (AD on “I Am Not A Hipster” and the short that inspired “Short Term 12”) delivers his feature-length debut with graceful command and charming purpose. This Atlanta Film Festival World Premiere is a tender, joyous must-see. 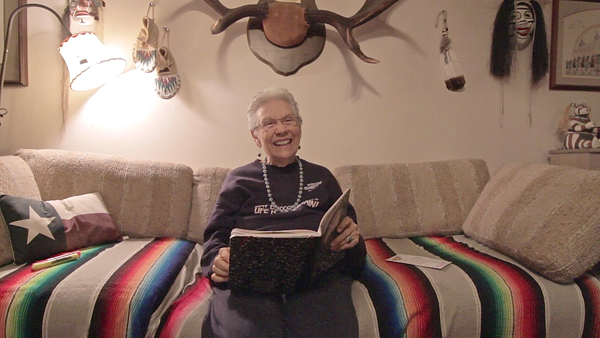 The film opens two days before the play’s Opening Night. Janey dons a Mexican poncho, a pair of Groucho glasses, and fake rubber teeth for her cameo rehearsal. The small, 100-seat theatre swarms with last minute touches and frenzied anticipation. A polished performance seems far from ready, but Janey never loses her patience or her smile. Skip back three months and meet the cast-within-a-cast: there’s Lorren Montgomery, a high school senior who uses Janey’s plays to express her dramatic, artist self. There’s Sean, affable high school football player who just can’t seem to keep his lines straight. And there’s Kianna, an unpredictable, offbeat teen with a big heart and even bigger talent. The list goes on and on—Tom, Janie, Dick, Judy, Murphy…. the aptly titled No Small Thing Productions cast and crew donate countless skills and passions to every show.

The beauty of “Janey Makes A Play” doesn’t stop with its people. Jared’s film presents Bryan Bangerter’s photography and Brent Ryan Green’s production (under Green’s own Toy Gun Films) in a shining light, and the result is a breezy and colorful gem. The movie is as much a portrait of Rio Vista as it is of the community; historian Phil Pezzaglia walks us through a detailed background of the old Spanish town, establishing the setting as the only character older than Janey herself. Joel P. West composes a versatile score that’s both whimsical and profound as needed.

Janey’s contagious laughter and adorable love story (with help from husband Ron Chin) cast a spell that’s hard to shake. “Janey Makes A Play” is a close-knit endeavor championed by her grandson, Jared, whose (likely genetic) energy and positivity are just as contagious. I had the opportunity at Festival Headquarters to ask him a few questions about his directorial debut. 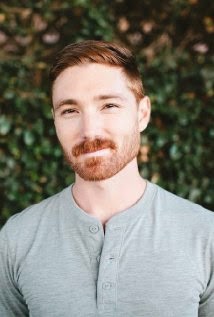 >>How would you describe your relationship with Janey? Is she your filmmaking inspiration?

We have such a big family that I didn’t have a close relationship, but she was definitely present as my Grandma. I didn’t realize how much she’d influenced my creativity until we screened the film to test screeners and I saw their reactions. I get my creativity from my father, who sings, acts, and draws. Janey’s influence on his siblings and him is undeniable.
>>You touch on Rio Vista’s history. What’s Janey’s history?
Janey was a kindergarten teacher and a dancer. She would travel around the Bay area even when she was retired. She transitioned to playwriting when she needed something a little more local and a little less physically straining.
>>Her relationship with Ron is amazing. She gives him so much freedom to conduct himself even though he’s totally blind!
Right. He’s blind, and she’s mostly deaf. Like really deaf. Ron is 19 years younger…but she has the spirit of a 20-year-old, and he has the spirit of a 100-year-old. If you’re 90 and you grew up in the 30s, you’re more likely to have a traditional relationship, but they have more of a symbiotic relationship. We have partnerships in marriage now—we serve as a team. Like when she’s not strong enough to pull the staple gun [in the film].
>>Janey is so calm even while her show seems like it could fall apart. How does she do it?
Janey is chronically positive. The scene where she’s reading her journal is the most depressing part, but still she’s laughing about it. She’s so positive that they never could have postponed a play. Her mission—that we’re gonna be able to tell a quality story, that life is worth living, that people matter—is a credo worth following.
>>What parts of your filmmaking experience have led up to “Janey”?
I recently finished a short film about friend Sommer who has special needs. She’s 32-years-old and has the developmental level of a 12-year-old. She’s a dancer, she’s funny… she’s amazing. My goal is to work only with stories with quality, moving, meaningful narrative. That’s why [with “Janey”], I focused on people who encapsulated the spirit and struggles of the town and the journey and innocence of the play.
____________________________________________________________
Jared is currently touring festivals across the country with “Janey Makes A Play” and taking stock of his myriad screenplay ideas. He’s begun work on another feature documentary about his friend Dan, a jazz conductor who begins an orphanage in Rwanda after news of his Parkinson’s diagnosis. Dan requested that Jared “film the rest of his life.”