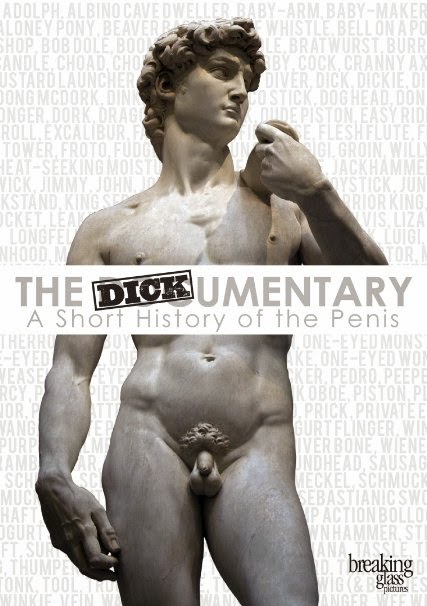 Writer and Director Sofian Khan does an excellent job keeping the tone light and never becoming too self-serious. The opening credits include a series of phallic-shaped landmarks, monuments, and everyday things that you probably never thought looked like dicks…until now. The entire first fifteen minutes of the film explore various animal penises. Though I had no idea how ducks ejaculated prior to watching it, my interest started to wane after a few minutes. There were a few times like this when “The Dickumentary” began to feel like an educational video a substitute teacher would use to keep her students busy.

The cultural explorations were far more entertaining. We see parades and penis celebrations in countries like India and South Korea. Penile worship is explored and quite fascinating. One particularly mesmerizing scene took place in Quebec, where a religious leader had created a sort of penis-worshiping congregation. The small group of men meets in—you guessed it—his basement, where they “celebrate” each other’s penises.

The film is well-written and well-edited. While some parts are more engaging than others, its pacing is always swift and forward-moving. You’re sure to learn a lot you didn’t know and, thanks to a subtle comedic touch throughout, you’re sure to be entertained as well. As hard as it is for me not to make a penis pun right now, it would be even harder for me to tell you not to watch “The Dickumentary.”

The World Premiere of “The Dickumentary” screens tomorrow, March 22, at 2:15pm in The Plaza Theatre as part of the 39th annual Atlanta Film Festival. Get your tickets here!