Trending
You are at:Home»News»Sarah Gavron’s “Suffragette” Opens Up the 2015 Savannah Film Festival (***)

We chat about how Carey Mulligan and Meryl Streep got involved and how she fell in love with Georgia after just a few hours in Savannah. 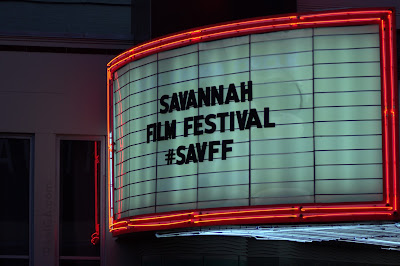 Each year, the Savannah Film Festival marks the unofficial anniversary of Reel Georgia. While it was launched a few months earlier in 2011, it wasn’t until I booked it down to Savannah for two days in October that this website really started to post frequent, original content about Georgia films, Georgia festivals and the global industry from a Georgia perspective.

This year, my dedicated co-editor Lucy Doughty and eloquent contributor Jessica Hinckle join me here and together, there isn’t a moment we will miss. Eighteen years in, SAVFF is at a peak artistically and commercially. Stars attending this year include Olivia Wilde, Alexander Skarsgard, Saoirse Ronan, Alfie Allen, Meg Ryan and Elizabeth Olsen. Tons of filmmaking talent is also attending—something the festival has obviously been spotlighting more in recent years, as the SCAD filmmaking programs continue to grow in popularity.

Among this year’s attending filmmakers are director Sarah Gavron and producer Alison Owen of opening night film “Suffragette.” I sat down with Gavron at the Trustees Theater ahead of the premiere, asking first and foremost what she thought of Georgia.

Savannah marks the final high profile festival stop for “Suffragette,” which opened in New York and Los Angeles this weekend. The film marks the second time Gavron has teamed up with writer Abi Morgan, after “Brick Lane” in 2007. “Suffragette” was a joint passion project, having spent years in gestation before getting off the ground.

“It began with Carey. We thought about her for the first 6 years of developing it,” Gavron says. “I thought she was an actor who could inhabit this character and also carry you through this enormous emotional journey from passive inaction to activism. So we went after her and were really delighted when she, quite quickly, came on board.” From there, the cast was essentially built around Carey Mulligan. Helena Bonham Carter and Anne-Marie Duff were first choices, reflecting the eclectic range Gavron desired. Meryl Streep’s Emmeline Pankhurst was the figurehead of the Women’s suffrage movement in the United Kingdom and while the role is essentially a cameo, the gravity of her presence is felt throughout the film.

“It was actually Carey’s idea to go to Meryl Streep. She was our very final piece of the jigsaw puzzle,” Gavron adds. Pankhurst was a historical icon and one of the few non-fictional characters in the film, so it was important to fill the iconic role with an iconic actress. “Not only is she a great actress, she’s also such a brilliant advocate for women in the film industry and beyond.”

The cast of the film is certainly very strong, including the two central male players, Brendan Gleeson and Ben Whishaw. Mulligan makes the most of her lead and expertly showcases the spectrum from restraint to desperation that we’ve previously seen in her Oscar-nominated role in “An Education.” Unfortunately, the below-the-line aspects fail to hit the same notes as the cast.

Spanish cinematographer Eduard Grau accomplishes a few beautiful shots throughout the film’s 106 minutes, but settles for easy framing in the high detail but low contrast world of early 20th century London. With the steam of the laundromat, the cobbled streets and Mulligan’s magnetic face, I can’t help but feel that Grau was given more to work with than he actually utilized. Alexandre Desplat’s serviceable score lacks the timbre of his work in his more colorful work in “The King’s Speech” or “The Grand Budapest Hotel.”

Morgan’s screenplay works well in how it has crafted fictional characters within the less-glamorous, working class world of the Women’s suffrage movement. Gavron and Morgan make a good team and obviously succeed at conveying a clear motive with “Suffragette.” The film’s greatest strength is in its cast, and unfortunately, that isn’t able to overcompensate for a lack of creativity on the technical side.