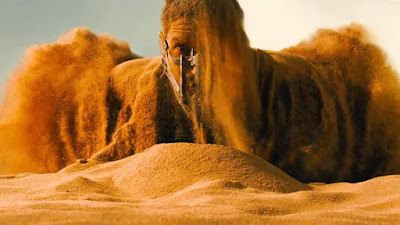 The Georgia Film Critics Association have announced the winners of their 2015 Awards slate. In their 5th year, they have named “Mad Max: Fury Road” the year’s best film, taking home Best Picture, Best Director, Best Cinematography and Best Production Design. The haul of four awards is the second highest in the GAFCA’s history, second only to the six awards that “The Tree of Life” won in 2011.

It was a tight year in several of the races, with the GAFCA releasing on twitter that the Best Supporting Actor and Best Score races resulted in near-ties and the Best Picture race saw half the nominees receiving several first-place mentions a piece. “Creed” director Ryan Coogler was second place in the Best Director race, despite his film not being a Best Picture nominee.

“Ant-Man” was named as the winner for the 2015 Oglethorpe Award for Excellence in Georgia Cinema. Awarded to the films’ directors and writers, previous winners include “John Portman: A Life of Building,” “Sahkanaga,” “Selma” and “The Spectacular Now.”

Check out the full list of winners after the jump.