Trending
You are at:Home»News»The Local Lense on the Red Carpet Premiere of “Race” 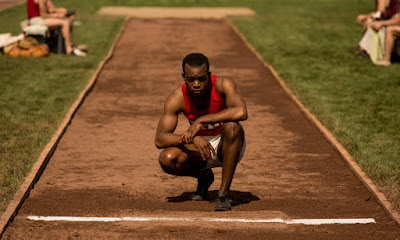 Beth Keener & Greer Howard hit the red carpet at Atlantic Station in Atlanta for the premiere of “Race.”  The movie tells the incredible story of US Olympic gold medalist Jesse Owens. Thrust onto the world stage during the 1936 Olympics in Germany, he faces off against Hilter’s Nazi regime. “Race” is an inspirational film about courage, determination and friendship.

Beth & Greer interview star Stephan James, who trained for the film at Georgia Tech while he was in town filming “Selma” in 2014. Actress Kim Fields hosted the evening, which was also attended by Chris ‘Ludacris’ Bridges.

Check out the video below. “Race” opens nationwide on February 19th.