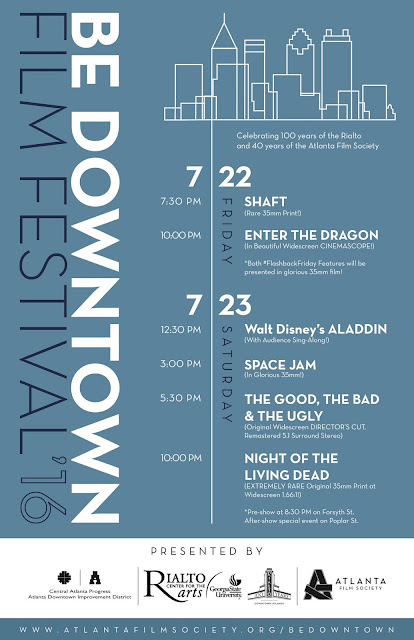 Georgia State University’s Rialto Center for the Arts, the Atlanta Film Society and Central Atlanta Progress are pleased to announce the first ever Be Downtown Film Festival on July 22 and 23, 2016.

This year marks the 100th anniversary of the Rialto opening as a movie theater in 1916. Built as the largest cinema in the Southeastern United States, the Rialto closed its doors to the public in 1989 before being acquired by Georgia State University years later. In addition to the centennial anniversary, the Rialto is also celebrating 20 years as GSU’s signature Center for the Arts as well as the Atlanta Film Society celebrating 40 years since its founding in 1976. The Be Downtown Film Festival will pay homage to the Rialto’s roots with a two-day festival celebrating films from the 1960s, 1970s and 1990s.

The festival kicks off with a #FlashbackFriday on July 22, showcasing two 35mm presentations of movies that once screened at the Rialto during their original releases. Gordon Park’s classic “Shaft” screens at 7:30 PM, followed by Robert Clouse’s “Enter the Dragon,” starring Bruce Lee at 10:00 PM.

On Saturday, July 23, the program begins with a sing-along presentation of Walt Disney’s “Aladdin.” A 35mm 20th anniversary screening of “Space Jam” follows at 3:00 PM. Celebrating a 50th anniversary, the original widescreen director’s cut of Sergio Leone’s Spaghetti Western epic “The Good, The Bad and The Ugly” screens at 5:30 PM. Closing out the festival, a rare 35mm print of George A. Romero’s “Night of the Living Dead” will show at 10:00 PM. Pre-show festivities begin at 8:30 PM on Forsyth Street (a block featured in Season 1 of “The Walking Dead”), with professional makeup artists and photo-ops. A special event will take place on Poplar Street following the film, wrapping up the festival. 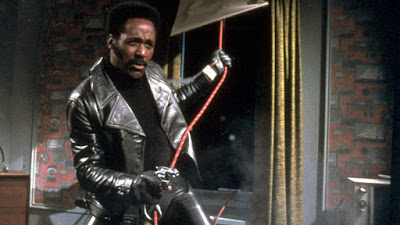 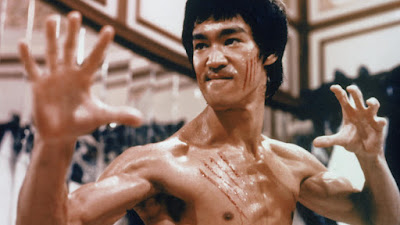 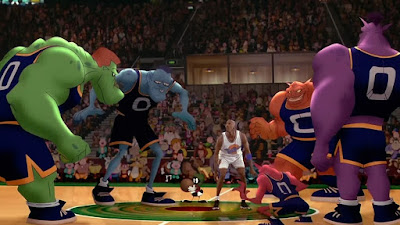 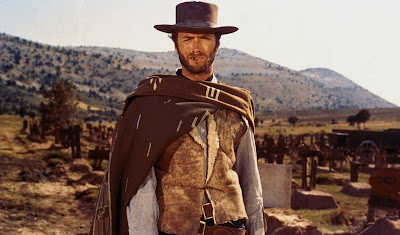 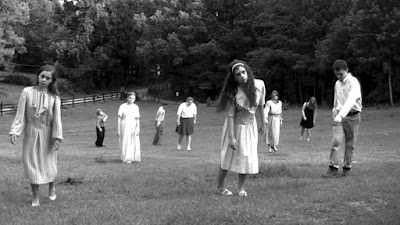