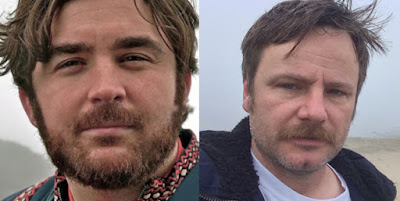 The Macon Film Festival welcomed us with open arms and kicked off the weekend with a Sundance Institute Short Film Master Class with Mike Plante and James Ponsoldt.

Plante, Sundance Short Films Senior Programmer, wove his tale to an eager crowd. Beginning his festival journey in 1993, he is no stranger to the inner workings of getting films into festivals, and he started with rule number one—’Don’t be a dick.’ Simple enough, just treat every single person you meet along the way well. The positivity will read through the work and more people will sign on to help you make a great film.

The class continued with humor and grace, explaining costs to submit to a festival, how the festival circuit can benefit an independent filmmaker, and even explained the various shorts categories of the Sundance Film Festival. Will tagging my school’s name add to the appeal? (Not for Sundance). How long can it be? (Technically 50 minutes or less… but for the love of God do not make a 50 minute short). It is important for filmmakers to remember that each additional time block your film takes, adds that much competition. Is this film 10 minutes? One block. Twenty minutes? That means it has to be good enough for two film blocks. Double the competition. Yet some films speak to the audience and are worthy of that position. Be passionate. Plante continued to debunk film festival myths for nearly an hour, and was saved by the bell for the afternoon snack break.

A pair of shorts was screened post-break—”Thunder Road” (by Jim Cummings) and “The Face of Ukraine: Casting Oksana Baiul” (by Kitty Green)—and the audience was open to ask questions. At the end of the day, the most likely way to get accepted is ‘Whatever you have in your backyard is fascinating’ which parallels the age-old phrase ‘Write what you know.’

Then it was time for Ponsoldt, the Georgia-native wonder child returning home to share his expertise. Having attended his mater class in April at the Atlanta Film Festival, I was excited to see him again, but wasn’t expecting many changes in his program. A man lives but one life, am I right? I was so horribly wrong. There is no telling what this man has done and will continue to do. James Ponsoldt shared life stories and encounters that could inspire a geologist to produce a feature film. His repertoire is continually growing, and he has already worked with some of the greats. Was it his childhood sidled with tomfoolery that sparked his creative flare? Or the tailored skill he learned while working towards his MFA at Columbia? There is no doubt that James has made friends in high places. Friends that help him with his projects, life, and success.

Some highlights from his segment include:

Ponsoldt signed off with a final word of advice—constructing a story comes from what you know, but people go to watch someone they recognize (a side of their own relatable personality), but acts differently from themselves. You go to see people be gutsy, stupid and wreckless.

Two of Ponsoldt’s films “The Spectacular Now” (filmed in Georgia) and “The End of the Tour” screen today at staggered times.

And I cannot wait for the rest of the weekend.