Students in the Juris Doctor program, known for its experiential learning opportunities, can enroll in courses this fall.

“Atlanta has been a music, sports and media capital for a long time, and now it’s also a film and video game development capital,” said Wendy Hensel, who was the College of Law dean until being named interim provost. “This seemed like an exciting opportunity for our students.”

The new certificate is a part of the Entertainment, Sports & Media Law Initiative, led by professor Moraima “Mo” Ivory. Ivory, who also consults with nonprofits and political campaigns, brings her experience to create connections for students in the College of Law. 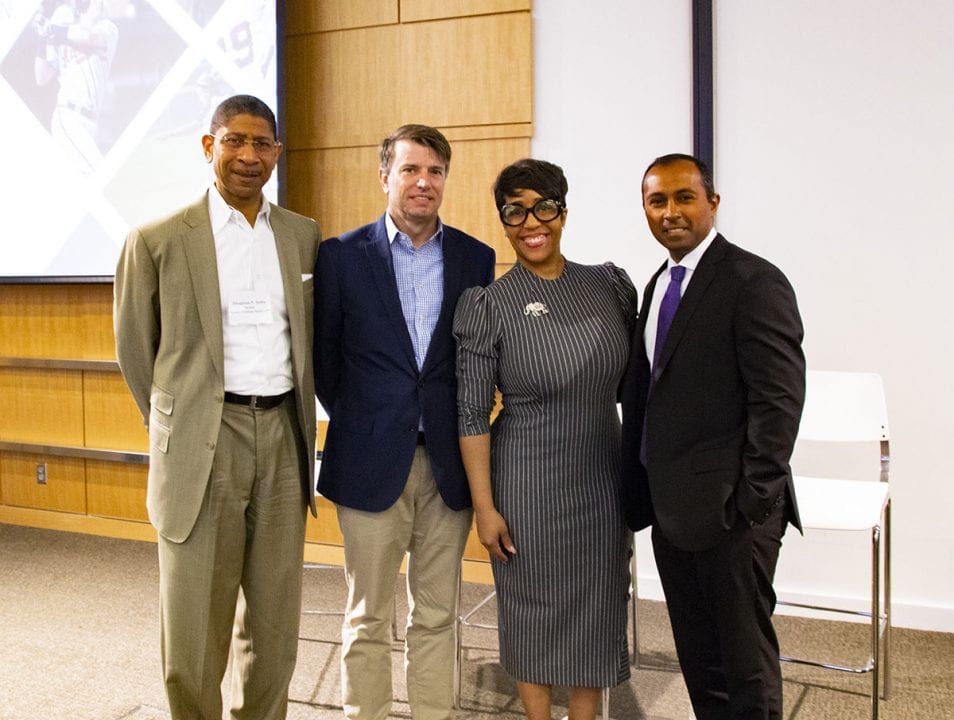 “With the already booming entertainment industry in Atlanta–sports, music, film, television and gaming–we felt it was important to create a new crop of legal professionals who could handle the business coming to Georgia,” Ivory said. “Since Georgia State Law is at the center of the city’s entertainment hub, we are positioned to provide information and resources for our students, legal professionals and those in our community interested in the entertainment industry.”

Atlanta is home to CNN, many Grammy Award-winning producers, five professional sports teams and the state-of-the-art Mercedes-Benz Stadium. Georgia is the nation’s most popular feature film location. The film industry contributed $2.7 billion in direct spending across the state in 2018, according to the Governor’s office.

One of the program’s most exciting offerings is a fall course titled “The Legal Life of Ludacris,” which is already full. In class, Ivory will guide students through the contracts that have shaped the Atlanta-based rapper/actor/entrepreneur’s career. Students can transfer knowledge and skills developed in this program to many areas of law practices, specializing in in deal-making techniques, copyrights, trademarks, publicity, endorsements, recording, television and film contracts, entrepeneurship and philanthropy.

“Success looks like students having a fundamental understanding of the legal principles and hands-on experience with issues clients deal with on a daily basis,” Ivory said. “This allows them to go into any law firm and negotiate and advocate for fair and equitable contacts, protection of intellectual property, fair and equal pay, and job opportunities for their clients.”

Students will study in an innovative learning environment in cross-registered courses with the College of Arts, the Georgia State Creative Media Industries Institute (CMII), simulations, workshops partnered with local entertainment facilities and industry professionals, and experiential learning in team-based environments.

“People are eager for this type of training, which before now was offered primarily in California and on the East Coast,” Hensel said. “We’re bringing it to Atlanta, and the positive response has been overwhelming. I’m excited about the future.”